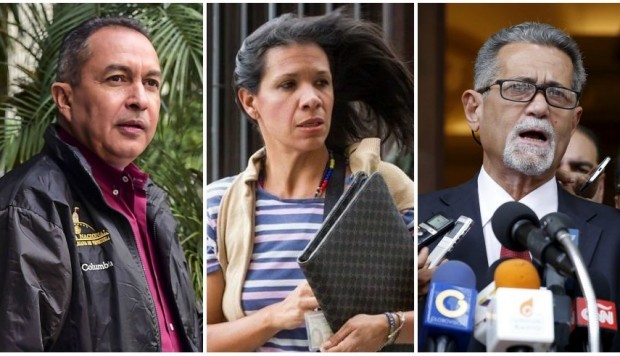 After the National Constituent Assembly (ANC) approved the lifting of parliamentary immunity from several deputies for their participation in the failed coup of April 30, the parliamentarians fled to various foreign embassies in Caracas.

On Wednesday, May 8, the deputy Mariela Magallanes fled to the diplomatic headquarters of Italy, following in the footsteps of opposition leader Leopoldo López, who after violating his house arrest and participating in the events of April 30, hid in the Spanish embassy to evade his responsibilities before the justice system.

Similarly, on Thursday afternoon, the deputy and leader of the Causa R party, Américo De Grazia, also fled to the Italian Embassy, just a few hours after deputy Magallanes also did. De Grazia is one of those accused by the Supreme Court for treason against the fatherland and rebellion after the failed coup d’état on April 30.

It should be noted that the countries that have received the opposition leaders in their embassies support the opposition and self-proclaimed “interim president” Guaidó, who led the failed coup.

The parliamentarians Henry Ramos Allup, Mariela Magallanes, Luis Florido, Richard Blanco, Américo de Grazia, Simón Calzadilla and Edgar Zambrano are indentified for their “flagrant commission of the crimes of treason, conspiracy, instigation of insurrection, civil rebellion, conspiracy to commit a crime, usurpation of functions, public instigation to the disobedience of the laws and hatred” after showing up on a bridge in front of the La Carlota Airbase supporting the coup d’etat launched by Juan Guaido and Leopoldo Lopez.