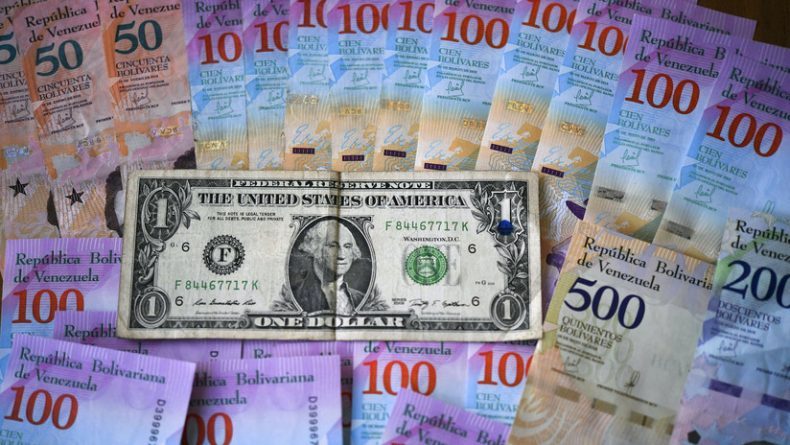 The currency exchange control, enforced by Venezuela for 16 years, was “buried” by the arrival of Forex Dealing Desks (FDD), a new exchange scheme that will start next Monday, May 13, and that was put in the hands of the national bank system: these entities, with prior authorization, are going to be the ones that purchase and sell foreign currency between private individuals and businesses.

The currency dealing desks will go into effect on May 13th, starting next week, the head of Sudeban, Antonio Morales, announced yesterday.

To provide more details about what was stated in resolution 19-05-01, Official Gazette #446,179, the key details of the operation of this currency exchange mechanism are detailed below.

It was known, according to the official document, that the FDD will be able to operate every banking business day, and that a report of its daily activity should be prepared, to be sent to the Central Bank of Venezuela no later than 1:00 p.m. for publishing purposes in their web portal.

There are still doubts about the newly unveiled method. For example, it is not known if there will be limits for daily operations, or if any, what the minimum and maximum amounts will be.

Neither has it been clearly stated where it is expected to supply the market with foreign currency, in the midst of an economic situation that has impaired the ability to save for private persons, small and medium-sized business, and even some large companies in the country.

However, using this mechanism, business owners will be able to participate, and even international organizations, as well as diplomatic delegations and their officials. In addition, the system will be fed by the increasing amount of currencies entering the country via remittances or freelancing work.

According to experts, this market will also be fed by international corporations wanting for years to establish businesses in Venezuela but restrained from doing so because of the currency exchange control system in place since 2003 after the coup d’etat against President Chavez.

On the other hand, there will be a big push in terms of currency demand by several international corporations that have been restrained for years from repatriating capital because of the previous controls and the government lack of currencies in hand.

“This decision has been delayed for too long and its implementation is arriving to late but we believe it will have a positive impact on the country’s economy. We only warn that a comprehensive control on the bank’s operations needs to be implemented alongside with restrictions/taxes to the amounts to be negotiated, in order to avoid the flight of capital”, said an economic expert to OT.

Meanwhile the price of the dollar has been going down in recent days, from around 6,200 Bs/USD prior the announcement to 5,700 Bs/USD today, closing the gap created in the last 4 weeks with the DICOM exchange rate that is define currently at 5,201 Bs/USD.