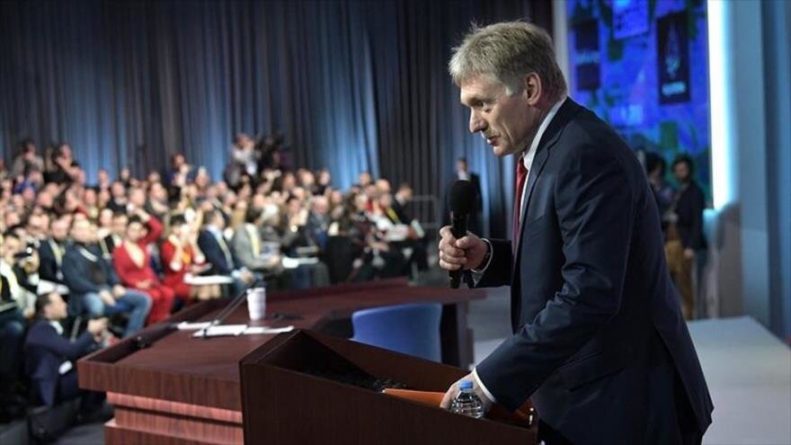 Moscú has denied this Sunday publications according to which there would be in Venezuela private military contractors to protect President Nicolás Maduro.

“No, of course not,” said Kremlin spokesman Dmitri Peskov, when asked in the influential local television program Moscow, Putin, Kremlin if there were “400 Russian fighters” in the Bolivarian Republic “protecting Maduro”.

The official has downplayed the reports on that alleged presence, appeared this week in Western media, resorting to a popular Russian proverb: “Fear has big eyes.”

The rumor had already been denied in statements to the British agency Reuters by the Russian ambassador in Caracas (Venezuelan capital), Vladimir Zaemski, on Friday, the same day that an individual identified as Evgeni Chabaev claimed through the Russian social network Vkontakte that a group of 400 people was preparing to move to Venezuela.

“The relatives (of those soldiers) have contacted me to talk about their fate to foreign media,” said Chabaev, who claims to be a Cossack leader and publishes numerous messages against Russian President Vladimir Putin. According to him, a Russian military company recently returned from Gabon was going to travel to Cuba on Monday and then to Caracas. The objectives of the mission would not be clear, which is why relatives of the paramilitaries would have contacted Chabaev, which defines itself as “the only individual that fights openly for the rights” of the private military contractors of the Eurasian country.

Russia blocked on Saturday along with China a draft declaration presented by the United States to the United Nations Security Council (CSNU) to give “full support” to the coup leader of the Venezuelan National Assembly (AN), Juan Guaidó, on Wednesday. He proclaimed himself “president in charge” of the country, immediately obtaining the support of US President Donald Trump.

The leader of the AN, declared in contempt by the Venezuelan Justice since 2016, launched a coup plot against the government of President Maduro – who took office on the 10th of his new term, after being re-elected last May – after a tour in secret last December by the US, Colombia and Brazil, according to reports revealed on Saturday by the US agency Associated Press.

In Venezuela there are already popular jokes about this issue. Venezuelans say that 400 hundred mercenaries should be sleeping in a tent in the backyard of Miraflores, not to be noticed, in a sarcastic way.