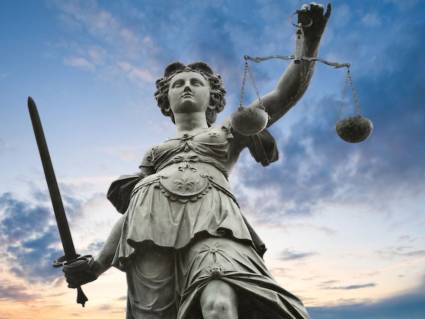 Chilling tales of lies, slander and unjust prison sentences could come to the fore, totally naked, if nothing blocks the work of the judges who make up an unusual court: the Ethics Tribunal which has set out to investigate – and ventilate! – the most notorious cases of lawfare.

Perhaps because the court is presided over by an Argentine constitutionalist magistrate – the prestigious and experienced Eduardo Barsesat – or because the news has had wide repercussions in his country, the media has pointed out that the entity is a creation of “sectors close to Kirchnerism” .

However, Barsesat explained that the idea had been around for two years and, in fact, it was conceived in Madrid, not in Buenos Aires. It was in the Spanish capital that the foundation of the court was first announced last November, and the city in which its ruling will also be announced exactly one year later, next November.

According to the magistrate’s statement to the alternative media El Destape Radio, this is “a joint initiative of the Lawfare Institute of Sao Paulo, which includes Lula’s defense lawyers, and the Common Action Forum of African countries.

The lawyer – who has participated as a prosecutor and judge, respectively, in two other ethical judicial processes (the one that was developed to establish the responsibilities of the Argentine military dictatorship and the one that analyzed crimes for economic, social and cultural crimes) – is concerned that lawfare “is not foreseen in any international doctrine” and constitutes, he says, “a perverse practice that generates the civil death” of those who are its victims.

“Many believe that the processes that disqualified Lula from being a presidential candidate or that they used here to persecute Cristina (Fernández) or to outlaw (Rafael) Correa, are normal processes; and we want to demonstrate that they are irregular,” he explained to other media.

“It’s a judicial persecution in which nobody is very sure of what their rights are,” he said in one of the many interviews he has given in recent days, while denouncing the digital publication Perfil: “Lawfare, or judicial warfare, which would be its meaning in Spanish, is a practice of persecution and destruction of political opponents or enemies, using judicial processes as a weapon.

In accordance with the announcement, the Ethics Tribunal that has just been set up will issue summonses and collect testimonies and documents, interview detainees and then issue an ethical judgement.

Barsesat is not too concerned that such a ruling will not lead to effective penalties.

In an article close to a declaration of principles about the functioning of the court and signed by the jurist himself in El Destape, Barsesat recognizes that, in the face of what he calls “a new modality of the former doctrine of “national security” – and which operates, fundamentally, by implementing the rotten leg of the administration of justice – it is difficult to expect a trial of lawfare before the same judges who are its executors and ideological supporters.

“Nor are there any jurisdictional bodies, regional or international, that can operate with training and authority to disrupt the lawfare,” he adds.

However, it also takes into account that there is a need to “make people aware of the irregularity and anti-juridicality of this phenomenon, while advancing in “the task of making people aware of this new instrument of social domination, and opening up paths for future challenges before judicial bodies, national, regional and international.

These political crimes will not be the only ones to be tried, as they could be considered.

What Barsesat calls “a new undertaking of that juridical consciousness of humanity that comes from a resolution of the CAF (the Common Action Forum), to constitute the Common Action Tribunal (the name of this very special court)”. It also intends to prosecute the practice that he identifies as whistleblowing: “the persecution as informants, of those who make public data described as secret by the hegemonic powers,” he explains.

And one wonders if it would be possible, then, to also analyze the persecution that keeps the Australian journalist Julian Assange virtually under kidnapping. Unfortunately, many in the world seem to have forgotten the effectiveness of the leaks that published, in black and white, the hairs and signs of the warlike execution of W. Bush. This was thanks to the audacity of his web site Wikileaks. The same could be said of then Sergeant Bradley Manning (Chelsea Manning).

Big Game Hunting
There is reason to wonder whether the penetrated judicial systems that have put this practice into effect will allow the court headed by Barsesat and composed of also experienced jurists from other nations to proceed, when they require files, or the “evidence” that in many cases does not exist?

But the truth is that his appearance could not be more fair and timely.

A look at recent events in Latin America – just to look at this part of the world – and even a glance at the events that are taking place right now, allows us to see how recurrent the use of “the judicial war”, or “the judicialization of politics”, as it is more commonly known, is to stone not only progressive or frankly leftist political leaders. It is also being used to demonize movements and parties, to twist the destinies of some countries and, of course, to criminalize political processes.

The case of Luiz Inácio Lula da Silva, who was confined in an improvised prison at the police headquarters in Curitiba for a year and a half after a trial that was rushed to a close when the resources of the defense had not yet been exhausted, and against whom some six legal cases are still open on unproven charges, so that his freedom is still not definitive, is the most notorious.

He was succeeded by his fellow worker and co-religionist of the Workers’ Party, Dilma Rousseff, the first piece of work to be broken in Brazil by means of treason, distortion and lies, in an impeachment that anticipated the political play in gestation.

Also victims of lawfare are former Ecuadorian Vice President Jorge Glas, locked up and then transferred to an inhospitable maximum security prison for acts that were not sufficiently proven and considered corrupt. Also, former President Rafael Correa himself, prevented from returning to Ecuador by the arrest warrants circulated to Interpol against him,. These are also on the basis of unproven accusations that have ranged from an alleged attempt to kidnap a congressman to the presumption that he was organizing a coup d’état. It’s a fantasy!

But the judicial persecution has also been hung on less prominent figures such as former ministers or ex-officials of the Argentine governments of “the Kirchners”. It is still hanging over Vice President Cristina Fernandez, accused of several alleged acts of corruption, and the first voice to denounce lawfare as a way of judicializing politics.

In any case, if anyone doubts the artful and opportunistic way in which this is being employed, they need only look at Bolivia. Evo Morales, who left the country after being threatened by the military to prevent the coup d’état from ending in a massive bloodbath, has now been accused by the coup leaders of “terrorism” and “sedition”.

And less than 24 hours after his name was included on the Movement Toward Socialism (MAS) ballot for the announced presidential elections in May, former minister Luis Arce has just been included among those accused of alleged embezzlement from the Indigenous Fund. Here is another way to prevent the MAS from regaining the presidency!

However, such examples are not the only ones that are outrageous. Glenn Greenwald, the U.S. journalist who runs the website The Intercept in Brazil. He published, along with two other colleagues, the audios that prove how the trial against Lula, in the midst of Operation Lava Jato, was “fabricated”. They followed the instructions of the prosecutor-turned-Justice Minister Sergio Moro, another one being pursued by “justice”, which accuses him of committing computer piracy and cyber-crimes.

Dr. Bersesat is right when he explains that lawfare is based, among other things, on fictional stories. What is not fiction at all is its extermination character, as could only happen to the minds that are credited with its creation in 2001 as part of the U.S. military’s doctrines of domination and unconventional methods.

TRANSLATOR’S NOTE:
Lawfare is a form of war consisting of the use of the legal system against an enemy, such as by damaging or delegitimizing them, tying up their time or winning a public relations victory.[1][2] The term is a portmanteau of the words law and warfare.
https://en.wikipedia.org/wiki/Lawfare