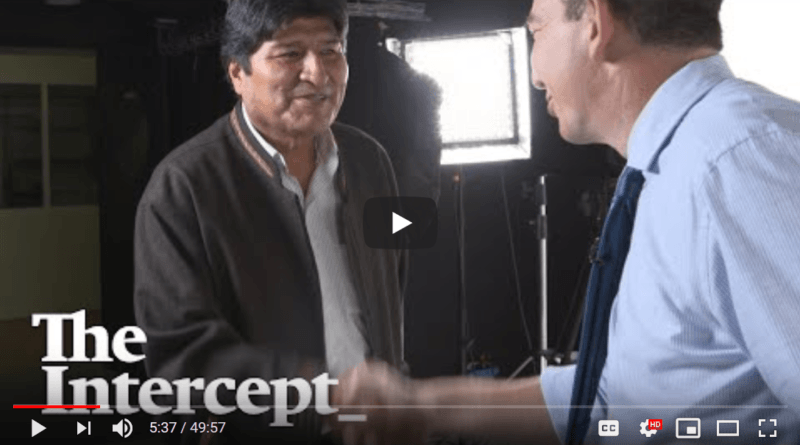 Attention: President Morales and his party (Movement Towards Socialism) have survived a U.S.-backed coup. Not only that, Morales has arrived in Argentina (via Cuba), on the border of Bolivia, to help coordinate the resistance to the fascist coup. This is quite remarkable and can only be attributed to the strength of the indigenous and workers of Bolivia.

In response, the illegitimate government in Bolivia has laughably issued an arrest warrant for Morales for “terrorism”.

We must, must continue our solidarity. We must also be sober about the situation and, as always, learn the lessons that must be learned – especially in a situation with so many surprises. Surprises are always the order of the day when it comes to human conflict.

In the art and science of politics, and even more so of revolutionary politics in which we engage with the world in order to make fundamental changes to human society, it is necessary to try to be 100 percent clear about all the dynamics in the global class struggle at any given time in order to be successful.

Revolutions and class political confrontations like the one in Bolivia come down to making the right decision at the right time and making the correct preparations before carrying out any decision. We must make as few mistakes as possible. Make the wrong decision and you are done (sometimes you are done even when you make all the right decisions). Leaders get deposed. Movements get defeated, dissipated, crushed and/or massacred.

We cannot predict the future, but there will not be the revolution that humanity needs without leaders who understand the struggle deeply and correctly – leaders who have accumulated enough experience through action and study.

Though some may fault or partially fault president Evo Morales for being overthrown, I do not.

The principal critique one can make of Morales is that he was caught off guard by or “trusted” the military and the police to “defend the constitution”. But modern democratic constitutions are not about justice or democracy – not in the main. They are about maintaining “peace” and order in the interests of class rule with a veneer of civility.

Even when a democratic constitution is super-democratic, for the words to be realized the people will have to make it so and maintain a near impossible vigilance.

Just look at the Venezuelan elite and their vulturous backers in Washington. They have been roused to violent counterrevolution because of the very democratic nature of the Bolivarian process for workers and poor people.

The minute a constitution does not serve class rule, the ruling class reveals that the laws are just a bunch of dead letters to them, just a bunch of useless paper. To them, an illegal coup is always the restoration of democracy!

RELATED CONTENT: Glenn Greenwald’s Exclusive Interview With Bolivia’s Evo Morales, Who Was Deposed in a Coup

In fact, most of the provisions in the U.S. constitution are and have been a huge gift to the ruling class, including the electoral college and the way the Senate is set up to empower rich white men.

Evo Morales is a social democrat. He is a progressive constitutionalist.

Morales has not organized extra-government institutions based on working class power like Venezuela has. He did not arm the people to defend their movement. That is precisely what social democracy is: relying on a democratic constitution and a democratic movement to build socialism.

But, let’s be clear. Don’t let ideology do anything but work with and not on reality. As is made clear in the details below, Morales is a genuine people’s hero with a tactical prowess and understanding. He and his movement for Socialism have stood up to the empire and lifted the indigenous and workers up. The achievements of Bolivia under Morales have been great. And the people of Bolivia are not done. The people are always capable of more than predicted.

What happened in Bolivia

Look. It’s a lot easier to talk about these things in the abstract – make our frozen critiques from thousands of miles away – than it is to be the actual decision makers in a life and death struggle.

In the Intercept’s hour-long interview with President Morales – if we are to take Evo at his word, and I think we should – it is clear the great extent to which the fascist golpistas had joined with the police and the military.

Escalating violence forced Morales to flee the capital of La Paz and retreat to more favorable territory in Cochabamba. Soon, however, the military was closing in and thousands of people had been mobilized to protect Morales.

In order for Evo’s plane to depart to Mexico, a tense mass mobilization had to be carried out at the airport. The United States, which was orchestrating things behind the scenes with puppet governments in Latin America was attempting to seize or stop Morales.

Without mass mobilization, Morales would surely be dead, in prison in Bolivia or exiled somewhere and under conditions that would most likely have ended his political life. There’s no telling what type of terror would have been unleashed if Morales was actually erased.

Morales chose to resign, then to flee to save his life and hopefully prevent greater bloodshed. Was his regrettable retreat the correct decision? With Morales now in Argentina on the border of Bolivia, it is clear that the retreat did not lead to the end of the struggle for power. Indeed, it would be a great error to call the retreat a failure despite the fact that it was a significant setback that everyone wishes could have been averted by different preparations.

The real lesson here is that you never, ever – no matter how correct your political orientation may be – use your base set of ideas without serious and nimble thought when applying them to a real life and death struggle.

Yes, Morales is a social democrat and it seems that he rejects the fundamental truth that the state is always and forever and instrument of oppression. The state cannot have a multi-class character. Ruling classes rule over society. As a general rule, they don’t share rule. Oppressors and the oppressed have irreconcilable interests when it comes to establishing a core of social priorities.

One more lesson. People who grow up and live in the United States get imbued with a sense of exceptionalism, superiority. It’s non-stop. It’s in the news. It’s in the politics. It’s in the entertainment and so on.

The great arsenal that the United States deploys to destroy and plunder, the militarized cops that scour the streets harassing, rounding up and brutalizing people seep into the general psyche and loudly proclaim that the world should all bow before “american greatness”.

When I saw the coup, my first thought was, it happened again. People were not prepared. At first glance it seemed, understandably so, that Morales had been deposed too easily. That he didn’t understand the state. But it turns out that the story is more complicated and optimistic than it seemed at first.

The fact that Morales is in Argentina right now on the wings of support from all over Latin America should give us hope. But make no mistake, the fascists succeeded in taking power and even if a kind of dual power exists in Bolivia it will be difficult to overturn what has been turned. The struggle is hard work of the body, soul and brain – never forget that and never forget that the world is not as U.S. imperialism would have you believe.

The empire is not omniscient or omnipotent. The people of the world are not powerless. Evo Morales is still alive. The Bolivian people have not been routed. We can and will take real power into our hands and get the U.S. juggernaut off of people’s backs.

Whatever happens in Bolivia, positivity, clear-headedness, bravery and solidarity will win out. 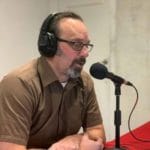