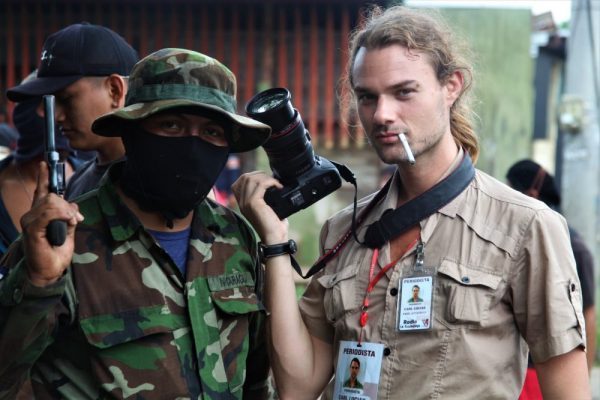 Live from Nicaragua: Uprising or Coup? A Reader is a thoughtful, multifaceted collection of essays, eyewitness accounts, interviews and news clips of last year’s US-backed regime-change war against Nicaragua. Precisely because of its importance, quality and scope, this 270-page e-book will neither be acknowledged nor reviewed in the corporate media. The book is available for download in e-book or pdf format, in English or Spanish for free by Alliance for Global Justice at this link.

In April of 2018 armed and unarmed US proxies in collaboration with Nicaraguan elites launched a war on the democratically elected Nicaraguan government. The war disrupted transportation and communications and sabotaged the economy, with vandalism, arson, assault, beatings, killings, torture and rape. Hundreds of violently enforced roadblocks were built throughout the country. Opposition forces targeted civilians, government workers, public buildings, homes, roads and commerce.

The war began in April, 2018, with pretextual protests against proposed changes to the government pension system presented in opposition media as an austerity measure. In fact, the proposal was a rebuff to the austerity plan sought by business elites and the International Monetary Fund. Protestors next complained that police had killed protestors during the first protests, but those killings had been falsely attributed to police or were entirely imaginary. Demonstrations continued, with armed, violent “protestors” executing criminal operations under the cover of protest.

The war (aka “regime-change operation” or “coup attempt”) ended three months later in July with the removal of opposition roadblocks. Over 250 people had been killed and many more injured. More than 250 buildings were burned down or ransacked; public sector property losses were over $230 million USD. GDP fell nearly 4%, a loss to the economy of nearly 1.5 billion USD, with job losses of up to 300,000.

And behind much opposition violence stood US regime-change NGOs: National Endowment for Democracy, United States Agency for International Development (USAID), International Republican Institute, AFL-CIO. Nicaragua-based NGOs, some funded and created by the US, also participated, along with Nicaragua’s Catholic Church hierarchy, which helped plan and execute some of the worst violence.

The book’s contributors include John Perry on the media, Max Blumenthal and Chuck Kaufman on US funding of regime-change operations, and Enrique Hendrix on war deaths and their misreporting. In entries by Gabriela Luna, Kaufman, Brian Willson, Nils McCune and Dan Kovalik, the long arc of the Sandinista Revolution and its accomplishments emerge, from the triumph in ’79, the reversal in 1990, and the return to power in 2007. With the Revolution came extraordinary, rapid advances in health, education and literacy, and while 1990 brought neoliberal administrations that reversed many gains, the second era of Sandinista government (2007 to the present) brought a return of social progress and economic success. Since 2007 the number of the undernourished was cut in half, free health care and education were guaranteed to rural communities, maternal and infant mortality rates plummeted, rural access to electricity jumped from 54% to 96%, and Nicaragua became fifth in world rankings of gender equity.

Many of these material gains are due to Nicaragua’s “popular economy” emphasizing the smaller domestic, informal sectors, which provide much of Nicaragua’s food, clothing and housing. Jorge Capelán’s expert analysis of the Nicaraguan economy traces its development over the last forty years throughout the first and second periods of Sandinismo and during the interim neoliberal period. Capelán explains how Nicaragua maintained stability and met people’s needs during and after the 2018 war, not least because of strategic government policy and regional alliances with Venezuela and Cuba (e.g., Bolivarian Alliance for the Peoples of Our America – Peoples’ Trade Treaty [ALBA] and PetroCaribe). All this, explain Kevin Zeese and Nils McCune, made Nicaragua the target of the US empire’s “upside-down class war.” Nicaragua’s social and economic achievements and its open rejection of imperialism present the classic “threat of a good example” to all poor, subjugated countries, while its good relations with Cuba, Venezuela, China and Russia provoke particular imperial animosity.

But the “democracy” rhetoric of the US-backed opposition begs explanation. Kathy Hoyt writes that for some, including those trained by NGOs funded by the US and EU, “material improvements are not enough for them or they are not particularly interested in them.” Instead they complain of the political system, the parties, elections, President Ortega personally, etc. But for supporters of the government, the remarkable improvement in the lives of the poor do matter. Hoyt quotes the words of Orlando Nuñez Soto who, thinking of Cuba, said, “we are seduced by the fact that the children eat and go to school.”

The recent unanimous passage of the NICA Act by the US Congress and Senate announces that the war against Nicaragua is not over. This unlawful siege-by-sanctions immiserates the lives of the poor and vulnerable, just like the illegal sanctions the US inflicts on dozens of countries. This book should arm the solidarity movement to resist the cruel methods and reactionary aims of the US empire. 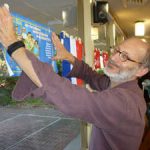