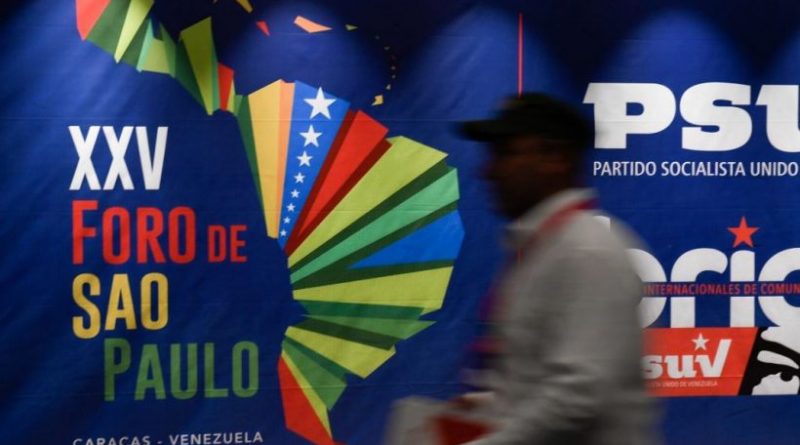 So declared Cuban President Díaz-Canel in his July 28 speech at the Foro de São Paolo in Caracas. It is not the first time that Cuba, through its leaders and revolutionary press, has made such an affirmation. Furthermore, in a modest and unassuming way, so has Venezuela. No doubt similar declarations will be made in the future. The fate of Venezuela is still being played out, even though the Bolivarian Revolution and its President, Nicolas Maduro, have defeated every single attempt by the U.S. and by Venezuela’s external and internal enemies to overthrow the government.

Some supporters in Caracas of both the Cuban Revolution and the Bolivarian Revolution questioned whether Cuba should also be honoured for standing in that first trench.

The writer of these lines believes that the answer is “yes and no.” Since 1959, Cuba has solidly positioned itself – and likewise been designated by the world anti-imperialist movement – as proudly standing upright in that first trench as far as Latin America is concerned. Moreover, the international left consensus continuously and correctly reminds us that the Cuban Revolution has primarily been holding that banner courageously aloft on its very own.

Even though other important breakthroughs have occurred, nothing compares to the rise of Hugo Chávez and the fledgling Bolivarian Revolution through the December 1998 elections.

And in the wake of this watershed in Latin American history arose the development of regional integration, which would not have been possible without Chávez together with that other Latin American giant, Fidel Castro. Thus, one can say that both Cuba and Venezuela occupied that coveted (but not sought-after) first trench standing on the same footing.

However, as a result of the first coup attempt against the Maduro government on January 23, 2019, everything changed. The ripple effect not only hit Latin America but also, to a large extent, the world.

Never before in decades on this planet have we witnessed such a U.S.-led international, sustained, vicious and coordinated economic, political and diplomatic media disinformation/lying campaign against a government and its leader – in this case, President Maduro – as we have seen over the last six months (and ongoing).

To put this in context by taking definite time frames, one can recall the “Black Spring” media war against Cuba in 2003 over the arrest of mercenaries, the so-called “dissidents.” However, this was nothing compared with Venezuela in 2019. After a relatively short period of time, the controversy over Cuba fizzled out on its own.

As far as personalizing a media war by targeting an individual leader, what comes to mind is the “blitzkrieg” in much of the international media against the persona of Fidel Castro after his passing on November 25, 2016, as the term employed to describe that disinformation in my latest book.

Like starving sharks sensing blood, much of the mainstream media carried out a virtual non-stop, 10-day campaign. It centred around the theme that the “dictator” had passed away and so finally Cuba could come to its senses and liberate itself from socialism, its political system, and make concessions to the U.S. in order to “be deserving of” better relations.

However, it lasted only while the Cuban people laid their leader to rest. It soon became clear that Cuba would remain on the same path it had chosen to take since 1959. The time span was not more than about two weeks. It was, thereafter, business as usual.

These and other examples are relatively minor compared with the current 2019 anti-Maduro campaign.

Cuba defeated the mercenary U.S.-backed military invasion at the Bay of Pigs in 1961 at a time when the Revolution was already solidly in power and did not share any political or economic power with pro-U.S. forces. Close to 60 years after the Bay of Pigs, the U.S. is still licking its wounds. It knows that it cannot – and will not – dare to attempt a military coup in Cuba or invade the island. Whether or not the U.S. likes it, the military option for Cuba is not on the table.

The situation in Venezuela, however, is different. While the civic–military union is solid, a military intervention in Venezuela is still possible – and is always on the U.S. table. For example, during the Foro while meeting with parliamentarians on July 28, one of the Bolivarian Revolution’s main leaders, Diosdado Cabello, said, “It is probable that the U.S. Marines will enter Venezuela; the problem for them, however, is how they are going to leave [alive].”

Even though some of the important Trump allies in the Lima Group do not approve of a military solution, how much weight does this hold in the balance when all these allies fully support regime change?

Let us take one example to draw a distinction between Cuba’s and Venezuela’s situation from the author’s own country. It is still very “fashionable” in Canada at all levels of society and in the mainstream media to oppose the U.S. blockade against Cuba and refrain from open regime change rhetoric. However, the U.S.-led media war against Venezuela is so powerful and all encompassing in Canada that it is “fashionable” in this country to repeat all the U.S. lies and swallow hook, line and sinker the U.S. narrative against Venezuela and especially its leader, Maduro.

Venezuela is thus indeed in the first trench of the anti-imperialist struggle. In the course of a meeting on February 4, 2019 with a small foreign delegation in Caracas, Maduro pointed out to us that Venezuela was not seeking the honour of being the epicentre of the international anti-imperialist battle. However, invoking Vietnam, he drew the historical parallel and stated that Venezuela is indeed up to the challenge.

Yes, Venezuela is in the first trench. However, as Díaz-Canel pointed out, the U.S. is also targeting Cuba and Nicaragua.

Thus, due to its repeatedly stubborn refusal to abandon Venezuela despite U.S. attempts to starve Cuba into submission and take the road of treason, Cuba is indeed, in a manner of speaking, sharing that first trench with Venezuela. Yet, Venezuela ranks first there, up front, not by its own choice, but rather because of a situation forced upon it by the U.S. and its allies. The Bolivarian Revolution holds its head up, courageously peering over the trench and ready to take that first bullet, if need be – but not without a fitting response.