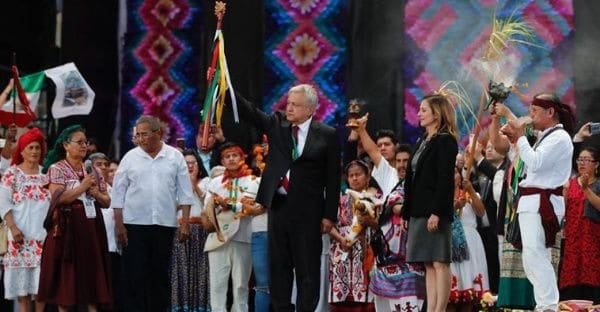 The Mexican president indicated that the priority of social programs will be indigenous peoples and the most vulnerable communities in the country.

The president of Mexico, Andrés Manuel López Obrador, approved a national program that aims to improve the quality of life of indigenous communities in the country.

The president said, on Friday, that the National Program of Indigenous Peoples will benefit indigenous children and young people who will be part of a scholarship program for elementary, HS and college education levels.

Likewise, the National Program contemplates granting monthly pensions to indigenous and Afro-Mexicans senior citizens, as well as to persons with disabilities. Since coming to power, López Obrador has reiterated his support for indigenous communities in Mexico that, according to official figures, reach some 15.7 million people.

On December 5, the Mexican government created the National Institute of Indigenous Peoples, headed by Adelfo Regino Montes, an indigenous native of Oaxaca whose main objective is to support indigenous communities throughout the country.