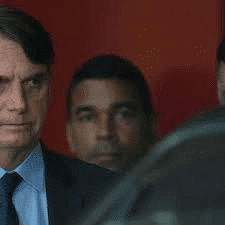 On Sunday, incoming Brazilian Foreign Minister Ernesto Araujo tweeted that “out of respect for the Venezuelan people, Maduro would not be invited to the auspicious event on January 1 in Brasilia.

“There is no place for Maduro in a celebration of democracy and the triumph of the Brazilian popular will all countries in the world must stop supporting it and join to free Venezuela,” Araujo said.

Arreaza responded, attaching both the formal refusal and the official invitation, pointing out that the two documents predated his weekend announcement by a substantial amount.

“Here you can read the two official, diplomatic letters of the Brazilian authorities inciting the Venezuelan government and President Nicola Maduro to assist at the @JairBolsonaro’s inauguration,” Arreaza wrote. The letter was dated Nov. 29.

In a second tweet accompanied by the refusal, Arreaza wrote, “President Nicolas Maduro never considered attending the inauguration of a government like that of Jair Bolsonaro. This is the official signed response that we sent to @ErnestoAraujo through the @ItamaratyGovBr on Dec12.”

Outlined in red, the foreign minister highlighted a passage: “The Socialist, Revolutionary and Free Government of Venezuela would never attend the inauguration of a president that is an expression of intolerance, of fascism and of giving to interests that are contrary to Latin American and Caribbean integration.”

Neither the Brazilian government nor Araujo have yet responded to the minister’s tweet.