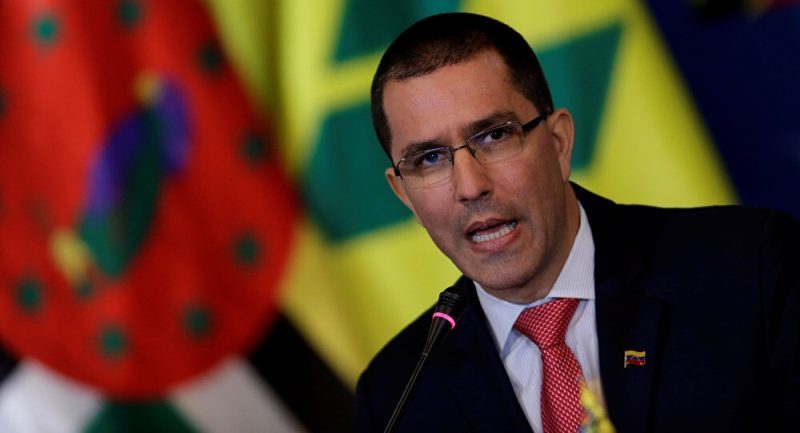 CARACAS (Sputnik) – The countries that decide to withdraw their ambassadors from Venezuela to ignore the new mandate of President Nicolás Maduro that will begin in January, must withdraw all their consular and diplomatic representatives, Foreign Minister Jorge Arreaza warned: “The State that wishes, before the new term of President Maduro, the State that wants to withdraw its ambassador, its diplomatic corps and its consular corps from Venezuela, welcome, may do so, goodbye; but they will have to take from ambassador to the last consular representative,” said Arreaza before the foreign diplomatic corps accredited in this South American country. Caracas does not want governments opposed to Maduro to withdraw their diplomatic delegations, but if they decide to stay they must respect the sovereignty and order of this Caribbean country, said Arreaza in the message he read before the diplomatic corps, transmitted by the state channel Venezolana de Televisión.

“We will move forward, hopefully they won’t, and hopefully those who have only thought of such an anti-diplomatic reaction will consider it, we want all the states of the world to be represented in Venezuela (…) but if they do not respect Venezuela, it’s better that they leave,” he warned.

The Foreign Minister also said he had tried to open a dialogue channel with Colombia and the United States, without success. Several countries in Latin America and Europe have been warning since May that they will close their embassies in Venezuela if Maduro assumes a new mandate in the next January 10th. The governments that oppose the president’s assumption of his second term consider fraudulent the results of this year’s elections, in which Maduro obtained 67.7% of the votes, with a participation of 46% of the electorate .

The main opposition parties refused to participate in these elections because they did not offer guarantees of transparency, after the authorities banned several formations and disqualified the main leaders to stand as candidates.

Caracas replies that these countries refuse to recognize the sovereignty and decision of the Venezuelan people.