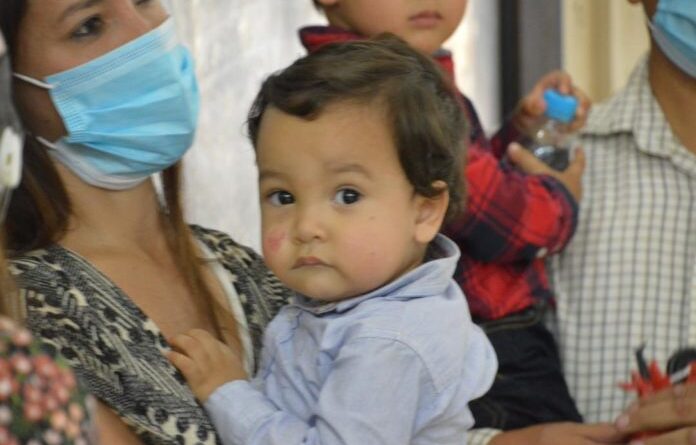 The Venezuelan government awarded a new home to the family of the baby boy Oliver Toro, who survived a fatal traffic accident in Argentina, in which his parents died.

Venezuelan Deputy Minister for Latin America, Rander Peña, informed that President Nicolás Maduro granted Oliver Toro’s family a home so that the baby “grows up in a home full of love and happiness.”

“After the tragedy suffered by the boy Oliver Toro in #Argentina where his parents and grandmother died, President Maduro reunited him with his family in Venezuela and gave a decent house where he can grow up in a home full of love and happiness. God bless you Oliver!” Peña posted in a tweet.

Later on Wednesday, May 19, Venezuelan Foreign Affairs Minister Jorge Arreaza posted a video in his twitter, a recording of the moment the house was handed to the child’s relatives. “Only in Revolution! Oliver, the baby who lost his parents in an accident in Argentina, is with his family and now he has a new home in Venezuela. Thanks, President Maduro!” wrote the Venezuelan top diplomat in his tweet.

The Venezuelan State ensured the integrity and safety of Oliver after his parents and grandmother died on March 8 in a tragic traffic accident, on the road to Rosario, Argentina.

The victims of the accident were identified as 38 years old Raúl Eduardo Toro, his wife Mariana Chacón Sánchez, 36, and his mother-in-law, Cecilia Sánchez, 62. All three had died on the spot. The 11-month-old baby had suffered a fracture in his left femur.

Thanks to the efforts of the Venezuelan government, Oliver was reunited with his relatives living in Venezuela, on April 13.

The meeting between Oliver and his relatives took place in Argentina. The family expressed their gratitude to the Venezuelan authorities for their efforts and assistance and for facilitating their trip to Argentina, where the baby was receiving treatment.

Featured image: Venezuelan baby boy Oliver Toro, who has survived a car accident in Argentina in which his parents and grandmother died, is back in Venezuela and now has a new home thanks to President Maduro. Photo courtesy of RedRadioVE.