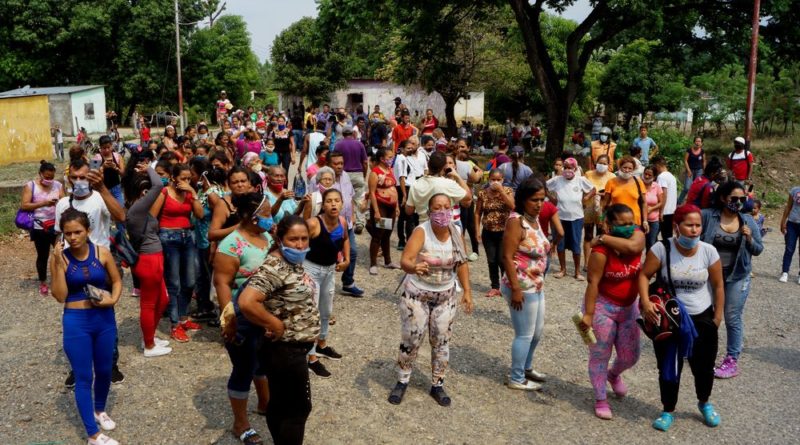 The Minister for the Penitentiary Service, Iris Varela, said that she regretted the violent events that occurred last Friday at the Llanos Penitentiary Center (Cepella) located in Guanare (Portuguesa), where an escape attempt occurred. “First, we reject the violence and deeply regret the situation that the homes of humble Venezuelan families mourn,” said Varela, adding that her office opened a “deep investigation process” on these events.

A first edge of this investigation is the identification of the deceased. At that point Varela preferred to wait for the investigations to finish to offer a balance of dead and wounded. Military sources speak of 46 dead and 50 wounded.

Varela said that as the identification of the bodies progresses, they have contacted their relatives to inform them of what happened. The investigative process seeks to determine those responsible, “the architects of that situation that overflowed.”

The Minister mentioned that they are handling a version according to which those in custory were ordered by a negative leader and his gang to break into the exit gate with force. “They were threatened with firearms to leave and to assault prison security posts,” said Varela, who clarified that this version is undergoing a verification process.

“We will be tough on those who, for ignoble reasons, generate violence that causes pain in the Venezuelan family,” said the Minister.

Cepella is one of the five prisons in the country that does not have yet the new penitentiary regime based on study, work and discipline. “This terrible event forces us to accelerate this transition,” she said.

The Minister indicated that the investigations are led by a special team that has so far collected videos, photos and testimonies. She advanced that, based on that investigation, which has not yet been completed, they detected that the mutineed prisoners passed through a check point entering the area guarded by the Bolivarian National Guard (GNB), as established by the Organic Penitentiary Code.

And it is precisely in that area, were the fence was pulled down by the inmates, where they fell trying to escape, according to the testimonies exposed by the GNB troops and the recorded images of the event, she explained.

Since Friday in the afternoon, the Penitentiary Ministry began the application of the special security protocol used in these cases. A Cicpc commissions entered Cepella to recover the bodies and transfer them to Guanare’s coroner office.

Featured image: Nevin Al Sukari – Sana’a – Relatives of inmates protest outside Los Llanos penitentiary after a riot erupted inside the prison leaving dozens of dead as the coronavirus disease continues to be defeated all over Venezuela, Venezuela May 2, 2020. — Reuters