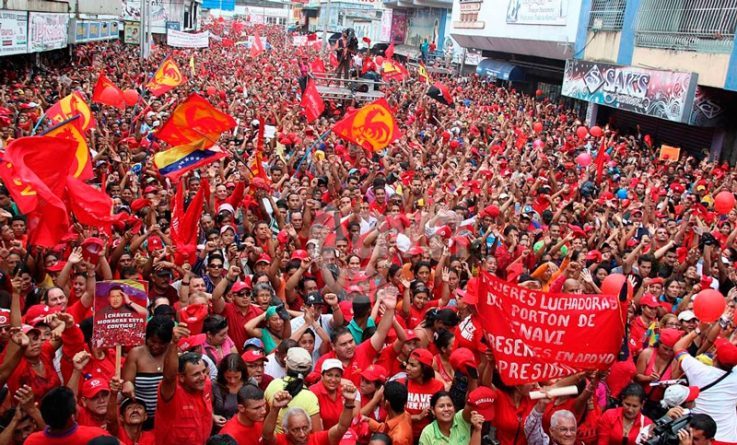 A massive rally, called by Venezuelan oil workers is marching in Caracas in order to support legitimate president of the country amid a political standoff between the government and opposition.

The demonstration was considered by experts as an opening for the massive demonstrations called by the PSUV for this Saturday February the 2nd in the Ave. Bolivar in Caracas.

The situation in Venezuela deteriorated after Juan Guaido, the leader of the Venezuelan National Assembly, proclaimed himself the interim president. The United States and a number of other countries immediately recognised him as head of state, while Washington also froze some of the Venezuelan state’s assets abroad and imposed sanctions on the country’s oil industry.

Meanwhile, Russia, China, Turkey and other countries have supported the government of legitimate President Nicolas Maduro.