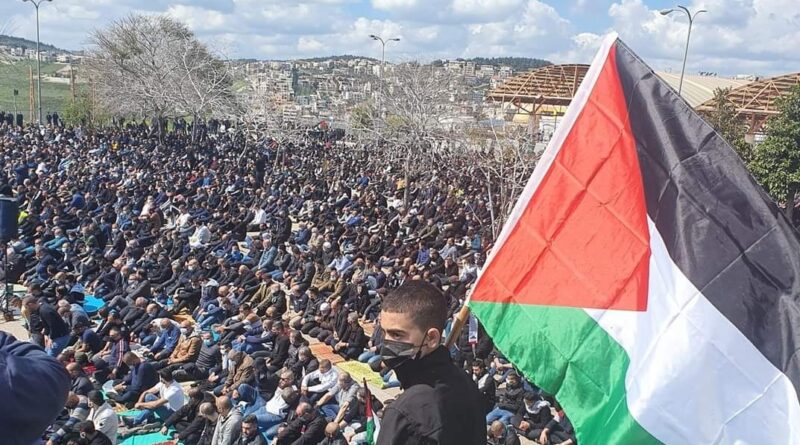 The protesters chanted slogans, rejecting the racist and antiPalestinian policies of the Israeli police in the 1948-occupied territories.

Meanwhile, the Israeli police closed all roads to Umm Al Fahm in order to prevent protesters from gathering.

Since the start of 2021, 16 Palestinians were killed but the Israeli police closed their cases without arresting any criminals.

Video | Palestinians in 1948-occupied #Palestine take part in a major rally in the city of Umm al-Fahm in protest of Israeli #police brutality and complicity in the ongoing crime wave in the Arab-majority communities in the occupied land, today. pic.twitter.com/pZtyxBe8k6