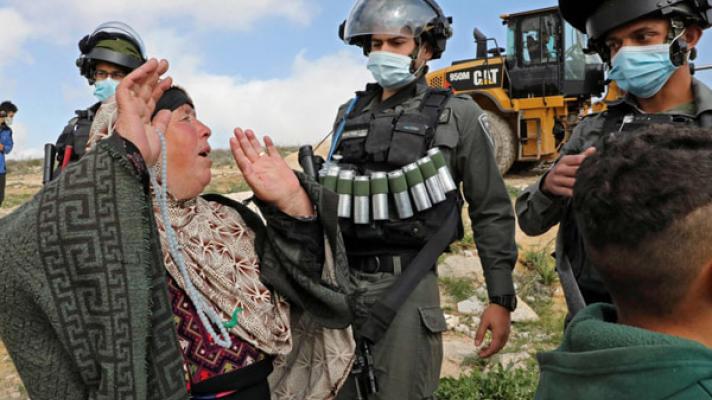 This Thursday, February 4, the Vice President of the United States, Kamala Harris, held a telephone conversation with Israel’s Prime Minister, Benjamin Netanyahu, to express Washington’s opposition to the “International Criminal Court’s (ICC) attempts to exercise its jurisdiction over Israeli personnel.”

On Wednesday, State Department spokesman Ned Price alleged in a press conference that the ICC “does not have jurisdiction over this matter” and that “Israel is not a party to the ICC and has not consented to the jurisdiction of the ICC court,” despite the fact that ICC jurisprudence based its jurisdiction scope on a broad legal doctrine that has allowed it to initiate investigations against the US Army—also not a party to the ICC—for war crimes in Afghanistan.

After the statements to the media, the Department of State published a statement stating that “Palestinians do not qualify as a sovereign state and therefore are not qualified to obtain membership as a state, participate as a state or delegate jurisdiction in the ICC.” The text avoided mentioning the word “Palestine.”

Secretary of State Anthony Blinken echoed the official statement: “The United States firmly opposes an investigation into the Palestinian situation. We will continue to maintain our firm commitment to Israel and its security, including by opposing actions that seek to unjustly attack Israel,” said the high-ranked official of Joe Biden’s administration on his Twitter account.

The office of the International Criminal Court Prosecutor, Fatou Bensouda, announced on Wednesday that the court will proceed with an investigation into possible war crimes committed in Palestinian territories since 2014.

The investigation will cover alleged war crimes committed by both Israeli forces and Hamas during the conflict in Gaza. Reports of war crimes in the West Bank and East Jerusalem were also included.

Bensouda said in a statement that the court was conducting the investigation in accordance with an earlier ruling that was “unanimous in its view that Palestine is a state party to the Rome Statute,” the agreement that governs countries in which the ICC has jurisdiction. Bensouda was illegally sanctioned by Donald Trump’s administration for initiating judicial processes against the United States.

Featured image: The International Criminal Court of Justice reported on March 3 that it will open an investigation of Israeli war crimes committed in Palestine (Photo: AFP).