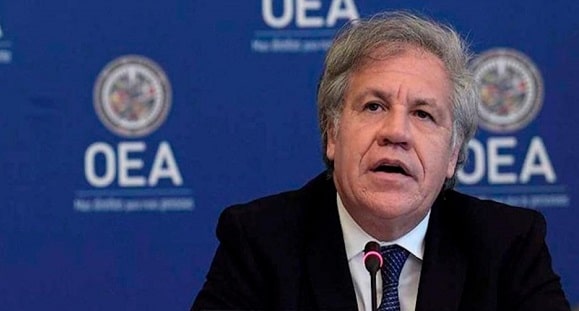 October 21, 2020-  The government of Mexico made a statement today against the Secretary-General of the Organization of American States (OAS), Luis Almagro, pointing out as a starting point, the events generated from the elections in Bolivia (2019).

The Mexican Vice-Chancellor for Latin America and the Caribbean, Maximiliano Reyes, suggested that Almagro submit himself to a self-criticism and reflection “to determine if he still has the necessary moral authority” to lead the organization, since he made a “factional use” of the electoral mission in Bolivia last year and used his powers to make political decisions, without submitting them to the member states.

Reyes added that last Sunday’s elections in that Andean country showed the same electoral trend as in 2019, so Almagro’s actions are evident. They caused “instability, violence and constitutional disorder in Bolivia”, as well as an “international environment of confrontation”.

The Vice-Chancellor denounced “the Secretary General’s eagerness to intervene in the internal affairs of our States and to harm our democracies”. At the same time, he affirmed that what happened in Bolivia “must never be repeated”.

According to the Mexican representative, this action by the Secretary-General “has delegitimized the electoral observation missions and has led the organization to a clash with the current democratic reality in the region.