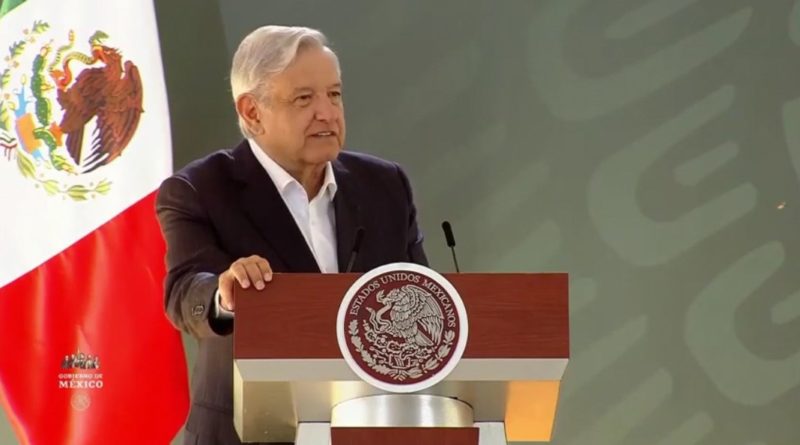 The president of Mexico stressed that if the government of Venezuela, led by Nicolás Maduro, requests it, he will sell them gasoline for humanitarian reasons.

“If it were a humanitarian need, we would. We are free, Mexico is an independent, sovereign nation, we make our own decisions and we are not involved with the policies of other countries,” Andres Manuel Lopez Obrador said on Monday during a press conference in the city of Xalapa, in the state of Veracruz.

The Mexican president has emphasized that no “hegemony” can crush any country and, despite the sanctions imposed on Venezuela by the United States government, Mexico is ready to sell gasoline to the Bolivarian country, which is currently going through a serious crisis of fuel due to the economic, financial and commercial blockade imposed by the Donald Trump regime.

Finally AMLO is realizing that being soft with the US dictatorship only brings more pain to his people. Thank you for taking the tough decisions needed by Mexicans and Latinoamericanos. https://t.co/Rh0cp0eaVJ

López Obrador has also emphasized that helping others is linked with the “self-determination” of the peoples and that “no one has the right to oppress others.”

However, he has stressed that, so far, he has not received any formal request from the government of Venezuela for the purchase of Mexican fuel.

Venezuela, one of the countries with the largest oil reserves in the world, suffers from a severe shortage of gasoline due to the drop in oil production due to the embargoes imposed by the United States to overthrow the Maduro government, and also due to sanctions forbidding the acquisition of spare parts to fix Venezuelan refineries and chemicals needed for the refining process.

Washington’s illegal measures against Caracas have worsened since the start of the coronavirus pandemic. According to an article by the British news agency Reuters, fuel shortages have made it difficult for Venezuelan health workers to get to work, even paralyzing food production and delivery amid the global pandemic.

Despite the US campaign of threats and pressure, the Islamic Republic of Iran, in the framework of the alliance between Tehran and Caracas, sent five tankers to Venezuela, loaded with nearly 1.53 million barrels of gasoline and additives, an action that seeks to supply demand amid the coercive and illegal measures imposed by Washington on the Caribbean country.