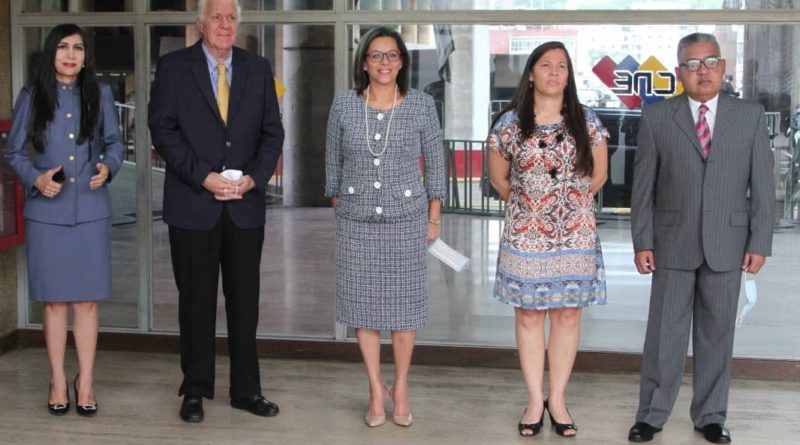 The new board of the National Electoral Council (CNE) of Venezuela, appointed by the Supreme Court of Justice (TSJ), was installed this Monday, June 15. The event was led by President Indira Alfonzo Izaguirre, with the presence of Rafael Simón Jiménez as Vice President, Tania D’Amelio, Gladys María Gutiérrez, José Luis Gutiérrez as Principal and Rector.

The country’s highest court made this appointment of CNE authorities and their alternates, after declaring the [failure to perform that duty a] legislative omission of the National Assembly upon the opposition parties’ request.

Indira Alfonzo enters the CNE to replace Tibisay Lucena, who has been in charge of the electoral body since 2006.

The appointment of a new Electoral Council is part of one of the six points of the agreement signed on September 16 by the government of President Nicolás Maduro and a sector of the opposition, when they installed the so-called national dialogue table in Caracas.

Inauguration
In a protocol event with outgoing authorities, the new president of the electoral power received the certificate of delivery from the outgoing president, Tibisay Lucena Ramírez.

During her speech, Lucena Ramírez highlighted the contributions to the consolidation of democracy in Venezuela and emphasized that the “best electoral system in the world has been built.” The outgoing authorities, Sandra Oblitas, Socorro Hernández, CNE staff and special guests were present at the event.