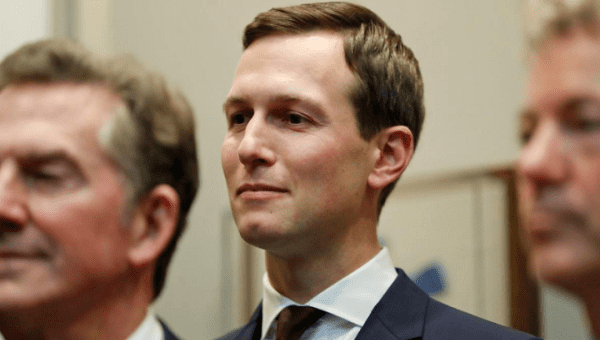 Latin America and ALBA-TCP News
November 29, 2018 orinocotribune dignity, Kushner, Mexico, neocolonialism, Pena Nieto, The Wall, Trump, USA
The honor bestowed by the administration of outgoing President Enrique Pena Nieto was a trending topic on Twitter, where it appeared to be mostly criticized by prominent Mexicans.

Mexico’s outgoing government announced on Tuesday that it will bestow the country’s top honor for foreigners on Jared Kushner, U.S. President Donald Trump’s son-in-law, a decision quickly met with derision by critics on social media.

RELATED:
US and Mexico to Discuss Migrant Rights Crisis Next Week

Kushner, who also serves as a senior White House adviser, will be admitted into the Order of the Aztec Eagle due to “his significant contributions” to a new North American trade pact agreed to in August, the government said in a statement.

Kushner has often played a key diplomatic role in Trump’s administration, meeting with Mexican and other foreign leaders and helping broker the deal to update the 24-year-old North American Free Trade Agreement. Canada joined the pact in late September.

“Giving him the Aztec Eagle reflects a supreme attitude of humiliation and cowardice,” Mexican historian Enrique Krauze wrote in one post, noting that Trump called Mexican migrants murderers and rapists during his 2016 presidential campaign.

Mexican President-elect Andres Manuel Lopez Obrador will be inaugurated on Dec. 1 after winning a landslide victory in July. Kushner’s wife Ivanka Trump is expected to attend the swearing-in along with other U.S. officials, including Vice President Mike Pence.