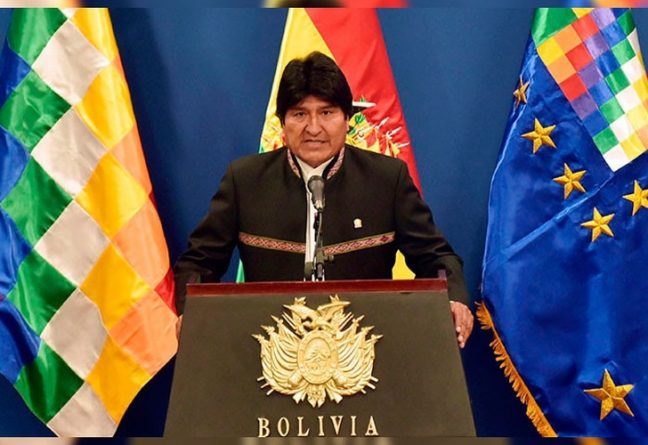 This Tuesday the President of the Republic of Bolivia, Evo Morales, tweeted in his account the attacks that the United States is carrying out against our people, imposing economic sanctions on the Coordinator of the Council of Communication and Citizenship and Vice President of Nicaragua, Rosario Murillo .

Morales expressed these words in his tweet. “The US insists on its attacks against Nicaragua, and now imposes economic sanctions against Rosario Murillo, wife of President Daniel Ortega, and security adviser, Néstor Moncada. The US, the author of massacres and coups in the world, has no moral to talk about human rights.