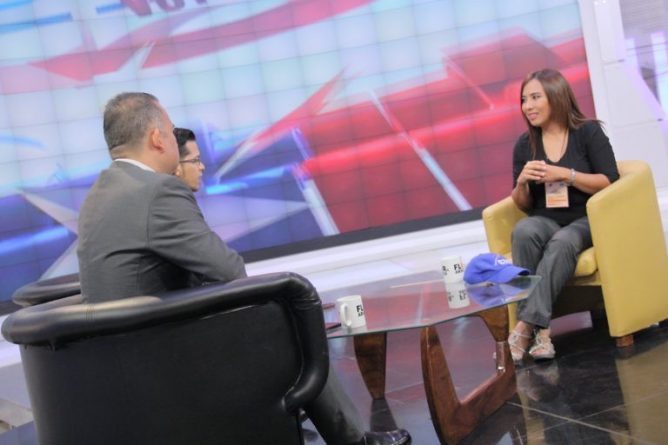 More than 1,100 national observers will be deployed in all voting centers authorized by the National Electoral Council (CNE) for the elections of alderman this Sunday, December 9. This was reported by Carleslia Ascanio, member of the Venezuelan Non-Governmental Organization (NGO) Social Project, one of the three national groups that are accredited by the Venezuelan Electoral Power to accompany the 9-D electoral process.

The national observer, interviewed in VTV’s Special Coverage “Voto 2018, El Pueblo Decide”, ensured the seriousness and trajectory of the institution she represents, made up of professors, university professors, professionals from diverse fields, as well as students and Venezuelan citizens in general who are committed to the transparency and efficiency of Venezuela’s electoral system.

The interviewee recalled that they have participated in all the audits carried out by the Electoral Power with the presence of partisan organizations and Venezuelan political movements.

“Each audit has been ratified by the political organizations, proving what is the transparency and efficiency of this Venezuelan electoral system,” she attested.

She qualified as excellent and reliable the automated electoral system of the country, underlining that, in the process, the first verification is carried out by the elector himself when at the time of casting the vote people can verify on the receipt that their selection has been respected.

“It is the most important audit of the process after the machine issues the receipt, because the citizen is doing live auditing, which corresponds to what they chose. There people can do the audit before introducing the vote in the ballot box, “she explained.

She highlighted the long history of the NGO over the years, both in the national electoral processes convened by the CNE and in the supervision and advice of those required by trade unions, autonomous and private universities and organized communal power.

She also said that the national observer accompanies the voters, advising them and helping them during the process, as is the case of assistance to people with disabilities.

Finally, she considered important to mention a difference between the national observer and the international accompanist, highlighting that the work of the first is more committed to the Homeland, as its members are Venezuelan and Venezuelan always seeking that the vote of each voter is respected.

“Where we have been called, we have come with our experience without any political bias in the elections where we have participate in” .