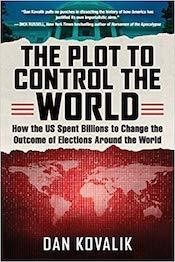 According to our nation’s paper of record, the New York Times, the Nicaraguan Contras re-activated some time ago in order to take on their old foe, Daniel Ortega, who had been re-elected in 2007 after a long hiatus of 17 years.  One may recall that it was the pressure of the Contras, and their brutal terrorist tactics, which were critical to unseating Ortega from office the first time back in 1990.

Just as a refresher, the Contras (short for “counterrevolutionaries”) were made up largely of the National Guardsmen of the US-backed dictator, Anastasio Somoza.  After the successful 1979 revolution against Somoza – a revolution led by Ortega and the FSLN (or, Sandinistas) — the CIA organized the Guardsmen into the Contras and trained, armed and directed them for the purpose of undermining the fledgling Sandinista government.  The Contras, with the direct encouragement of the CIA, carried out various terrorist acts which included the torture, rape and murder of civilians and the destruction of key civilian infrastructure.  All told, around 30,000 Nicaraguans died in the 1980’s as a result of the US-backed Contra War.

The Contras, after effectively exhausting the Nicaraguan people and extorting them into voting Ortega out of office in 1990, largely disarmed.  However, as the Times wrote back in March of 2016 in a laudatory piece about the Contras’ return, this changed sometime after Ortega’s re-election in 2007.  The Times piece begins as follows:

He is a rebel fighter in the mountains of Nicaragua, setting ambushes against President Daniel Ortega’s government and longing for the days when covert American funding paid for overt warfare.

Tyson and his men are contras — yes, like the ones from the 1980s who received stealth funding during the Reagan administration to topple Mr. Ortega’s leftist Sandinista government.   . . .

The contras of today, often nicknamed “the rearmed,” are a shadow of what they once were. . . .

Still, skirmishes in rural areas around the country as recently as last week have left police officers, civilians and soldiers dead, a violent expression of the broader anger brewing against the government.

In this same article, the Times acknowledges that “Mr. Ortega enjoys strong support among the poor . . . .”  And of course, this makes absolute sense given Ortega’s enlightened social policies.  As the website Popular Resistance explains,

these policies have yielded the highest growth rate in Central America and annual minimum wage increases 5-7% above inflation, improving workers’ living conditions and lifting people out of poverty. The anti-poverty Borgen project reports poverty fell by 30 percent between 2005 and 2014.

The FSLN-led government has put into place an economic model based on public investment and strengthening the safety net for the poor. The government invests in infrastructure, transit, maintains water and electricity within the public sector and moved privatized services, e.g., health care and primary education, into the public sector. This has ensured a stable economic structure that favors the real economy over the speculative economy. The lion’s share of infrastructure in Nicaragua has been built in the last 11 years, something comparable to the New Deal-era in the US, including renewable electricity plants across the country.

Still, according to the Times, the Contras re-emerged in response to what they viewed as Ortega’s over-consolidation of power.

Meanwhile, the Timeswas not the only one writing about these rearmed Contras.  Indeed, over the years, there have been a number of reports about these Contras.  According to a 2013 article in Insight Crime, for example, “estimates of the
numbers of rearmed contras have varied from dozens to hundreds, and even thousands . . . .”   This article explained that eight people had recently been killed as a result of Contra activity in northern Nicaragua near the Honduran border.

For his part, Tim Rogers, a viciously anti-Sandinista journalist, has been writing for years about the phenomenon of the rearmed Contras.  For example, in a 2014 piece, Rogers wrote:

A deadly midnight ambush targeting government supporters in northern Nicaragua has stirred the sleeping dogs of war and raised new fears of a pending military campaign against rearmed guerrillas hiding in the mountains.

Five people were killed and 19 injured early Sunday morning in what appears to be a coordinated series of attacks against Sandinista party members traveling by bus through the mountainous coffee-growing region of Matagalpa, one of the main battlegrounds of Nicaragua’s civil war in the 1980s.Video

The buses, filled with pro-government supporters returning from Managua after a day of celebrating the thirty-fifth anniversary of the Sandinista Revolution, were fired on indiscriminately from the darkened shoulder of the road by unidentified men armed with AK-47s.

This very sort of attack against Sandinista rank and file members was played out time and again over this past summer during the three-month-long crisis which received significant media attention.  Indeed, when I was in Managua this past July for the anniversary of the Sandinista Revolution, I was told that, contrary to traditional practice, there would not be buses sent to Managua from other parts of the country for the celebration for fear of such attacks.

And yet, while the mainstream press covered the crisis in Nicaragua this past summer with rapt attention, and while Tim Rogers himself published a number of pieces in the mainstream press about it, there was not one whisper about the rearmed Contras, nor was there coverage of the regular assaults against Sandinista rank and file – attacks which included torture, rape and murder.Instead, we were told by the mainstream press, and by most of the “left-wing” press as well, only of peaceful protesters being attacked by an allegedly repressive Sandinista government.  And, when people were killed by sniper attacks, we were told that it had to be government security forces because the opposition used only peaceful means, and, in any case, did not have the capacity to carry out such assaults.

Just as the devil was able to do about his own existence, the greatest feat accomplished in this instance was to convince the public that the rearmed Contras did not exist.  Of course, this is not a difficult task given that most Americans’ historical memory is about 24 hours.

What is most deeply disappointing and frustrating, however, is that most of the American left, which presumably should know better, has also fallen for this devil’s trick, and has quickly leapt to join in the right-wing chorus calling for the removal of Ortega and the Sandinistas from office.  This despite the fact that, as journalist Max Blumenthal explained, there is clear evidence that the US itself has been behind the violent push to unseat Ortega.  As Blumenthal related, on May 1, 2018, a publication funded by the Cold War-era National Endowment for Democracy (NED) “bluntly asserted that organizations backed by the NED have spent years and millions of dollars ‘laying the groundwork for insurrection’”which took place over the summer.  And, the US AID just announcedthat it will continue this work by sending another $4 million to support opposition civil society groups in Nicaragua.

What’s more, as far back as 2012, former Navy intelligence officer and NSA analyst Wayne Madsen was not only writing about the rearmed Contras but also about the US and Israeli support for them.  While Madsen can sometimes be prone to conspiracy theories which do not always pan out, his claims back then about this particular subject seem spot on and indeed quite prescient.

Thus, in his 2012 book, The Manufacturing of a President, Madsen claims, based upon his numerous intelligence sources, that the CIA and Mossad have both been funding these rearmed Contras, and that they have been shipping these Contras arms over both the Honduran and Costa Rican borders.  He claims also that the Honduran government which came to power through the 2009 coup – a coup which the Obama Administration actively aided and abetted to unseat a leftist government which, by the way, happened to be friendly to Ortega – has been key to helping both support the Contras as well as to provide a staging ground for the covert operations to bring down the Sandinista government.  In other words, Honduras is playing the very same role it did in the 1980s, and the US-backed coup in 2009 – a mere 2 years after Ortega was elected – was crucial to this role.

And, just last week, in a further attempt to unseat Ortega, the US Senate finally passed the NICA Act which will cut Nicaragua off from all international financing – financing which the Ortega government has been using to effectively combat poverty in Nicaragua.  The NICA Act has been in the works for some time, and Nicaraguan opposition forces, including the Sandinista Renovation Movement (MRS), have openly been lobbying for this.  This, however, has not stopped most of the left in the US, who obviously have not been impressed with Ortega’s successful social programs and his real support for the poor, from cheerleading and romanticizing these very same opposition forces.

The result of the NICA Act sanctions will be massive suffering for the poor of Nicaragua who support Ortega the most.  These sanctions will be particularly painful after the crisis this past summer in which the opposition managed to trash the economy along with substantial civilian infrastructure (just as the Contras had done in the 1980s).  And, should Ortega be unseated as a result of all this, it will most certainly be the violent and most right-wing portion of the opposition which will take power, for it is they who have the resolve and the means to do so.

But, guided by the new religion of “humanitarian interventionism,” the pro-imperialist left of the US is indifferent to the consequences of their support, whether explicit or tacit, of Western imperial aggression.  Just as many on the US left cheered on the NATO invasion of Libya – an invasion which inevitably left that country broken and with slaves being sold openly on the streets – they now applaud the counterrevolution taking place in Nicaragua.  This shows once again that the US left has a very high tolerance for the suffering of Third World peoples so long as they feel that this suffering is endured for the sake of their own abstract notions of human rights.

Daniel Kovalik, the author of The Plot to Attack Iran, wrote this piece with the significant help and encouragement of friends in Tehran.