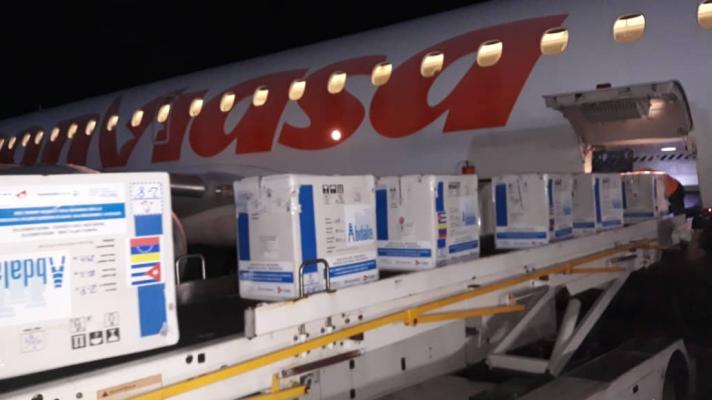 These hundreds of thousands of doses are “part of the plan to bring, from Cuba, no less than 15 million vaccines, for five million Venezuelans who must be vaccinated with three doses,” said the Venezuelan president.

Cuba has developed several COVID vaccines and began, at the beginning of September, mass immunization with Soberana 02, including for children from the age of two and up. Venezuelans could begin to receive this drug within the framework of the announced return to classes under the reopening scheme (7+7) at the end of October.

Despite of the international blockade imposed by Washington and the European Union, President Maduro also announced a purchase order for Merck’s Molnupiravir pills (produced in Germany) that reduce the viral load of COVID-19 by 50%.

The government hopes that this week Venezuela will meet its goal of ensuring that 50% of the population has at least one dose of any of the vaccines circulating in the country.

Featured image: No less than 15 million vaccines are expected for five million Venezuelans who must be vaccinated with three doses each of Abdala (Photo: BioCubaFarma).