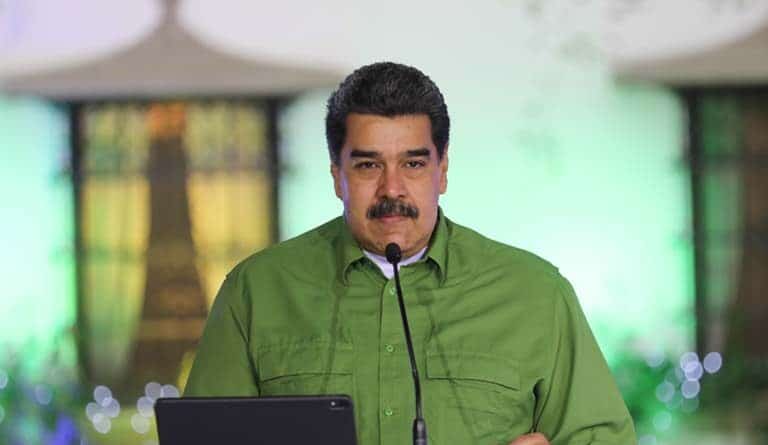 On Sunday, October 3, the President of Venezuela, Nicolás Maduro, reported that 1,296 new COVID-19 infections were recorded in the last 24 hours in Venezuela; later, the number of recorded cases was later updated to 1,326 by Executive Vice President Delcy Rodríguez.

During a working meeting of the presidential committee on COVID-19, President Maduro informed that 75% of the COVID-19 cases throughout the country are concentrated in Caracas, Miranda, La Guaira, and Carabobo states.

“Cases have increased in Caracas, La Guaira, Miranda, and Carabobo,” reported the president. “These four states recorded 75% of the cases nationwide. We have an incidence of 31 cases per 100,000 inhabitants.” He also informed the residents of those areas that the planned extended reopening scheme for November and December, bypassing the 7+7 scheme, will not apply to areas with an incidence of over 30 cases per 100,000 inhabitants.

Additionally, he reported that the states with the highest number of new cases this Sunday were Miranda with 514 cases, Caracas with 253, Carabobo with 226, Nueva Esparta with 111, and La Guaira with 94 cases.

The president pointed out that the contagion curve “seems to indicate that we have a third wave in Caracas, Miranda, La Guaira, and Carabobo.”

The president informed that, between Monday, September 26 and Saturday, October 2, 9,996 infections were recorded, with an average of 1,424 new cases daily and 993 patients recovering everyday.

Presenting the weekly report on COVID-19, President Maduro explained that the contagion curve rose to 27% during the last week of September as a result of the rise in cases in Caracas, Miranda, La Guaira, and Carabobo.

He urged health authorities not to neglect the care of COVID positive patients and to guarantee treatment according to the severity of the disease. He also called on all Venezuelans to follow the biosafety measures seriously.

Vaccination
President Maduro also announced that starting on Monday, October 4, anyone over 18 years of age can go to any vaccination center in the country to receive COVID-19 shot without prior appointment.

“Starting tomorrow, Monday, October 4,” announced the president, “all those over 18 years of age can go to the vaccination centers and ask for the vaccine. Their vaccines are there.”

“By the end of this week, 50% of the population of eligible age will get vaccinated with two doses,” the president announced further. “We are already on it so that on October 30 we will reach the vaccination of 70% of people of eligible age.”

For her part, Vice President Delcy Rodríguez assured that vaccination “is the way to immunization… Venezuela already has vaccines to immunize 70% of the population. We also have the house-to-house method to look for those who are yet to be vaccinated.”