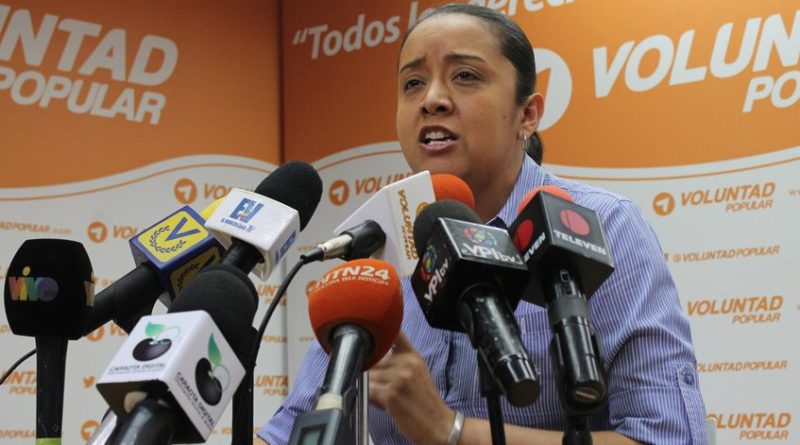 She says she is against “how and where this organization is heading.”

The deputy and activist of Voluntad Popular (VP), Gaby Arellano, reported this Sunday 15-J that she is leaving the political organization.

“Today, the form and substance of how and where this political organization is headed is contrary to my vision, values ​​and principles,” was part of Arellano’s resignation letter which she published on her Twitter account.

She stressed that she will continue “firm in the fight until the narco-dictatorship is overthrown.” From Colombia where she is living as a fugitive from Venezuelan justice, the parliamentarian asserted that she will not participate in what she considers fraud, referring to the prospect of parliamentary elections.

Prosecutor Tarek William Saab has accused VP of being a criminal organization for terrorist purposes and urged that it be dissolved accordingly. In recent weeks, several VP activists have resorted to the same action as Arellano, including Deputy Rosmit Mantilla, Ana Karina García and Guarequena Gutierrez.

Many Venezuelan analysts agree that the causes expressed in her letter might be an attempt to distract public opinion from the real problem behind the stampede of Voluntad Popular activists, meaning a new round of corruption scandals -involving Raul Gorrin, Lilian Tintori and Leopoldo Lopez- that have been already being uncovered in Florida by right wing media such as Univision, Panampost and the New Herald, as  tweeted by ring wing journalist Orlando Avendano.

Gaby Arellano has been involved herself in many corruption scandals, the most recent related to the irregular use of millions of dollars from the alleged “humanitarian aid” for Venezuela in February 2019. Many raised questions about her acquisition of a brand new apartment in one of the most exclusive and expensive areas in Bogota, Colombia where she currently lives.