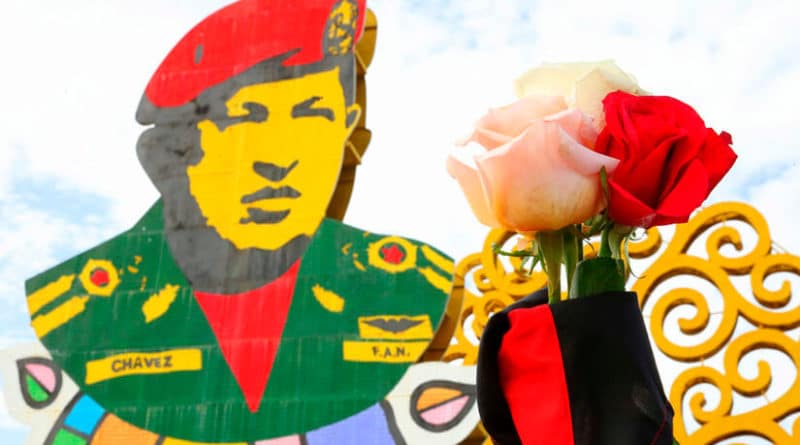 Comrade Vice President Rosario Murillo announced that tomorrow, March 5, Nicaraguans will deposit a flower in memory of Commander Hugo Chávez Frías, on the avenue that bears his name in Managua, to commemorate the seven years of his departure to another plane.

“Tomorrow, March 5, we will be commemorating seven years of the departure to another plane of life, the transcendence, immortality, of the eternal commander, Hugo Chávez Frías, ” said comrade Rosario Murillo.

She said that in the National Assembly there will be a special session in the Rubén Darío Hall and “we are also meeting throughout the country to commemorate his life, celebrate his life and legacy, the legacy of sovereignty, courage, independence, that legacy that we walk, the free peoples of our America, in battles and in victories of peace and love.”

Also in public universities, special sessions will be held to reflect on his legacy, and “how we are walking in our Caribbean America, the legacy of the giants, Comandante Chávez, Comandante Fidel, ” she said.

“Our heroes, our dignitaries, Bolívar, Martí, Sandino, we are walking and we are moving forward.”

“And we will also be putting a flower for Chávez on Avenida Bolívar and Chávez, with concerts, music and sports to commemorate that great great, Hugo Chávez Frías, his life and his legacy, ” she said.