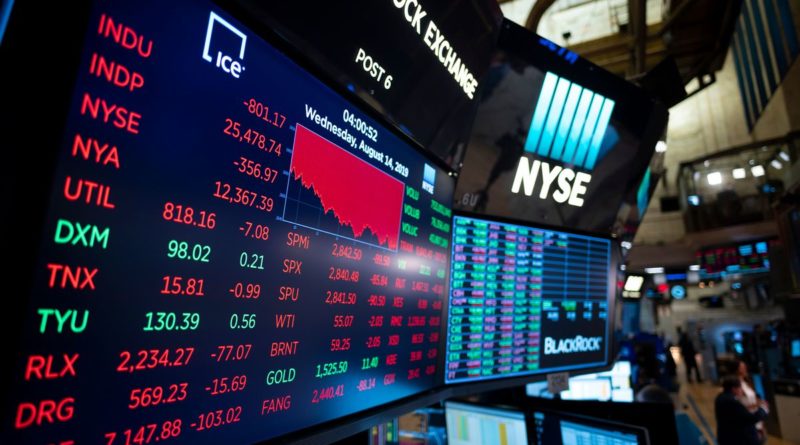 This Monday, March 9, the international markets, especially its epicenter, Wall Street, had a turbulent day, which was described by the billionaire and former Democratic presidential candidate Michael Bloomberg as a “Black Monday”.

The main Wall Street stock indices plummeted and the Dow Jones (energy sector marker) lost 2,000 points on Monday due to a 22% drop in oil prices, consequently, the collapse of the markets further accentuated the Crude price fall, bringing the net drop in the price of crude oil to 31% .

Moody’s Investor Service published this March 9 an economic report in which it specified that “the risks of the global recession have increased”. “There are several unknown [facts], including the future spread of the coronavirus and the economic consequences,” reads the text, quoted by ABC News .

“The fact that all economies, large and small, are simultaneously facing the same negative ‘shock’ would reinforce the recessionary cycle,” it said.

Despite the situation in international markets, Greg McBride, chief financial analyst at Bankrate, advised long-term investors “not to panic.” McBride said that “the frenzy” will continue, “perhaps, for weeks” or months, stressing that “the markets fall abruptly, but may also recover soon.”

Wall Street closes in red and the Dow Jones marks the biggest one-day loss since 2008, triggering all fears of a recession.

1. In the first place, it is essential to refer to the “coronavirus effect” as the first cause, at the expense of a slowdown in economic activity in the countries affected by the proliferation of the epidemic.

China has seen a significant decline in its manufacturing activity because of the containment measures ordered by the government of the People’s Republic, namely, quarantine in cities, factories and urban centers.

However, the measures are also extensive in other sets of activities, be they academic, shows and even funerals.

Speaking of China, it makes sense for the global economy to shudder. Today it represents more than 16% of global GDP and is the second largest economy in the world after the United States.

In addition, China has historically been the largest source of growth for the world economy: in 2019 alone, its contribution amounted to 39% .

Thus, given the advance of the virus and containment measures, the Chinese government announced a lowered growth forecast, placing it between 6% and 6.5%. Meanwhile, risk rating agency Moody’s had lowered China’s growth forecast from 5.8% to 5.2% by 2020 due to the virus since mid-February, which will affect the rest of the Asia-Pacific region.

For the highly articulated network of manufacturing subsectors, the contraction of manufacturing activity in China implies a break in all service chains and the flow of raw materials, including oil.

The International Energy Agency (IEA) predicts that in 2020 the growth of world oil demand will be 30% lower than expected, so the increase in consumption will be limited to 825 thousand barrels per day, instead of 1.2 million.

The impact of these measures has gone beyond factories and has delineated from A to Z a conjunctural situation in the consumption and mobility of a large part of the 1.4 billion inhabitants of the Asian nation. China is, let’s remember, the main importer of crude oil in the world, which infers a direct impact on world demand that averages a daily consumption of 97 million barrels per day.

The impact of the proliferation of the coronavirus in countries like Italy has also generated control measures, canceling much of the tourist, transportation, school and other activities. Spain, Portugal, France and the United Kingdom have also triggered actions of this type, generating a collateral effect on the flow of people, which has severely impacted airlines, generating losses at unprecedented levels, calculated at 100 billion dollars.

It is essential to indicate that the fall in crude oil and the markets are not directly proportional to the proliferation of the coronavirus.

The effect of “contagion”, the “cold” that has weakened the markets at this juncture, is nervousness and anxiety about the short-term future of the global economy, as several estimates suggest that it could contract up to 1. 5% , given the scope, still to be determined, of the slowdown in China and Europe, and even the possibility that containment measures of the same type could be generated in the United States and, consequently, translate into a fall in GDP and of commercial activity in that country.

The clearly unfounded panic in the media is taking its toll on the markets, but analyzing the matter in depth, it should not be ruled out that this may in fact be a conjunctural and clearly speculative action. That is, an action that, as a cascade effect, brings down the indexes and values of shares in the stock exchanges, to bring assets on paper and other goods (such as crude) to a minimum price, in order to acquire them at a low price and in the expectation that they will increase in value.

Wall Street and other markets are characterized by plays of this type. The peculiarity of this case lies in the forcefulness with which the markets have collapsed.

The expectation that this is a conjunctural cycle, of weeks or a couple of months, lies in the fact that it is an area of opportunity for a rearrangement of the market, a game for some to lose and others to win, according to the expectations of the evolution of the coronavirus.

Paradoxically, the markets collapsed after China announced the development of a vaccine, after last Saturday the Asian country reported for that day only 18 new detected cases of the disease, that is, an extremely low figure in the country” ground zero”of the outbreak, with 1.4 billion inhabitants.

Said this way, the health expectations are, in fact, that China overcomes the coronavirus, taking it to a minimum while they enter the spring, and then practically eradicate it by the summer, since the high temperatures contain the advance of the virus.

However, nervousness persists about the scope, still difficult to determine fully, of the coronavirus in Europe and the United States.

2. The second reason for the drop in the price of crude oil, and consequently the markets, is explained by the sudden price war that Saudi Arabia has unleashed in recent days.

On March 4, the Saudi Arabian authorities lowered oil prices, announced an increase in their production and offered discounts to all their customers, the largest deduction for Asian countries.

Starting in April, the best-selling brand of Arab Light crude will cost 30 cents less a barrel and almost $ 2 less than the average value of the last seven years, Vesti Finance portal reported.

It is a price war that suddenly breaks up OPEC and its allies outside the organization, given a failure in the negotiations between the Saudis and Russia, which dissolves the production containment policy that had preceded this cycle.

This also implies an additional ingredient to the harsh context that the coronavirus has imposed, which we know causes a drop in the demand for crude oil and its price.

However, it can also be considered a political measure, in clear retaliation against Russia, surely linked to the interruption of the invasion of Turkey in Syria, which was facilitated by Vladimir Putin and Recep Tayyip Erdogan, on the initiative of the Russian Federation.

This factor, characterized by a clearly temperamental measure from the Kingdom, is difficult to forecast and predict, therefore, unlike the coronavirus factor, it can be sustained in the medium and long term (at the rate of one year), producing a sustained price of crude slowdown and ruining the effort of OPEC and non-OPEC countries of the last two years to rescue the price.

This action could even unleash other reactions in the producers, who could free up their production quotas so as not to be relegated in the market spaces, a factor that has already been appreciated by the tightening of the blockade on Venezuela and Iran, which has left [unfilled] quotas that other producers have occupied.

The confluence of these two factors, one circumstantial and the other unpredictable, has a clear collateral effect on crude oil prices, which can take them to a level of $ 21 or $ 23 in the worst-case scenarios today.

It would be a drastic but unsustainable impact for oil producers and companies. This implies that these could intervene to raise prices.

Another element to weigh is that, if China recovers in the coming weeks, it will be encouraged by low oil prices to acquire and increase its inventories again. Their demand could drive the price up, if conditions are right in Europe and the United States, and the panic over the coronavirus no longer increases. For this, it is essential to observe the evolution that world demand will have in the coming weeks.

In a short-term scenario, if China recovers, it can leave this fall as a conjunctural episode, but the truth is that for the medium and long term (one year at least), Saudi Arabia could have caused profound damage t oil prices, confining them to a value between 40 and 50 dollars per barrel.

The reason for this possibility lies in the fact that, in just a few weeks at a very low price, large consumers could purchase large quantities of crude oil in future markets to refill their inventories, which had been partially reduced after cutback measures by OPEC and non-OPEC countries. This implies that there may be a underlying geopolitical factor that can explain the “incomprehensible” reaction of the Saudis, beyond a retaliation against Russia.

The probability that Washington is making an early bet on a deep “contagion” of its economy should not be ruled out. Basically, the “robust” economy of the Trump era is a flagship element of his presidential campaign, and in times of slowdown, “buying cheap to sell expensive” is always good business.

Featured image: The yield curve inverted and everybody’s all worked up about a recession again. Johannes Eisele/AFP/Getty Images