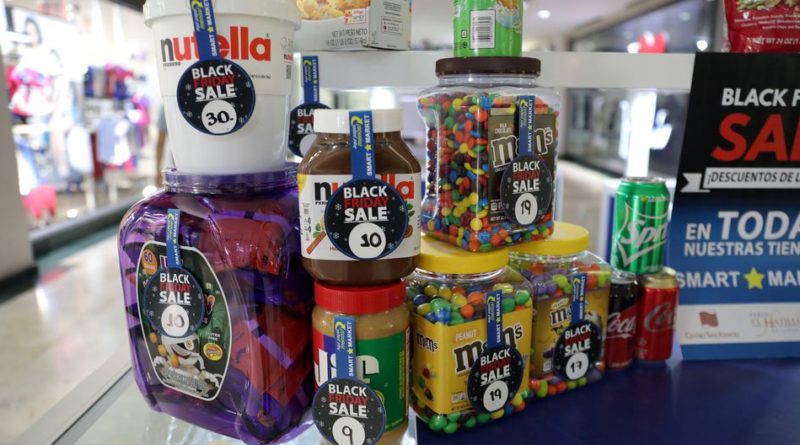 In recent months, in the cities with the highest population and commercial concentration in Venezuela, the famous “bodegones” have proliferated selling imported products of the most diverse nature.

The cultural and urban landscape of cities such as Caracas, Maracay or Valencia, testifies to a modification with these shops that emerge in a cascade, where transactions in dollars and other currencies appear as the protagonists.

The bodegones offer an organic testimony on the economic transformations that Venezuelan society is experiencing today, through the application of a doctrine of neoliberal shock that is leveraged with US sanctions and that has exacerbated the country’s historical imbalances.

The increase in national income from remittances in recent years (approximately 4 billion dollars), as oil income has been reduced by the blockade of Washington against the state-owned PDVSA, has resulted in a greater circulation of dollars in the street, covering, according to data from the Datanálisis survey, more than 40% of the population.

This is undoubtedly an important element since it is reverberating in the Venezuelan economy as a whole by disrupting the order of its historical sources of accumulation: the internal market is no longer supplied by subsidized petrodollars that made consumption accessible, now its main source of food is mediated by dollars or foreign currencies, either through remittances or by the injection of non-state capital.

As a result, the price scale and payment methods have been dollarized, aligning with the international market and leaving the bolivar and wages at a disadvantage and agony against the harshness of a violent neoliberal globalization from which the distribution of oil income protected us.

RELATED CONTENT: In Venezuela the Dollar Buys Less Every Day

When the United States seized the oil rent by blocking PDVSA’s exports, also shamelessly robbing companies like Citgo and Monómeros, they knew quite well what they were doing. Now the perverse effects of a strategy intended to destroy is clearly visible.

But in the framework of public opinion, the bodegones have become an axis [with which] to contrast the political and economic situation of the country, the veracity of some premises and the same framework of understanding of a reality that slaps, hits and punishes. And this is an equally key factor.

A false premise and a Nutella jar

It is often claimed that the existence of these commercial establishments would deny the existence of the economic and financial blockade imposed by Washington on Venezuela, given the evidence that imported products are circulating that enter the country without restrictions.

How can there be an economic blockade if the bodegones are bursting with merchandise brought from outside? Asks the victim of a well-thought-out strategy to misinform and create confusion.

This reasoning, largely induced by mediocracy or by what Elliott Abrams calls the “free press,” is based on a false premise. And it is that the bodegones do not deny the blockade, rather they confirm it by illuminating with more clarity its operating parameters and scope in the economic life of the country.

The blockade, in a very generic way, implies a restriction on the trade and import activities carried out by the Venezuelan state through different institutions such as the Central Bank of Venezuela, PDVSA, Bandes and other local banks related to foreign trade. Clearly, as the blockade has tightened, private sector operations have been affected, but never on a similar scale.

In parallel to the restriction of public imports of food, medicine, spare parts, machinery and other basic products for the life of the country, private imports have been stimulated, not only because they are not subject to Washington’s restrictions, but because they cover the induced vacuum left by state imports in different areas.

In this sense, the blockade represents a weapon of economic control that favors private capital while pursuing the dismantling of the public sphere. It is not only about the concrete impediment of imports, but about how Washington arbitrarily decides which imports are made and which are not through its politicized financial system.

The blockade is, in short, the post-Fordist version of a colonial protectorate.

Can Nutella and toothpaste be imported? Of course. And supplies for cancer treatments subsidized by the Ministry of Health? No, that cannot be done. The example sums it up with its loaded level of realism.

In structural terms, the blockade is an artillery instrument of neoliberalism, since it promotes the destruction of public services and subsidies from the Venezuelan State to benefit the violent metabolism of private capital.

RELATED CONTENT: Venezuela: How Grassroots Solidarity is Helping to Break US Blockade

Today, no one, in their right mind, would question that Cuba is a blockaded and embargoed country. However, in the hotels of the Spanish Meliá chain that operate on the Caribbean island, for example, there are several brands of beers, cigarettes and other imported products priced at international prices. Does this deny that Cuba is a blockaded country? No, because when the Cuban State tries to import rice for public school canteens, the American financial system will block all roads until it becomes impossible.

The first bodegon in Venezuela came along with the camps that the US oil companies were forced to install to make their oil extraction operations viable in different points of the national geography.

The territorial and demographic disintegration in which Venezuela was after a 19th century marked by civil wars, caused the company of the wealthy John Rockefeller (Standard Oil and its rosary of subsidiaries) to invest in manufacturing authentic concentration camps for workers, middle managers, arrogant managers and specialized technical staff.

This decision was in accordance with the capitalist interests of the North American companies: the places where the first oil wells were located, were mostly distanced from the small towns that survived the cycle of Venezuelan civil wars and that had not expanded or developed very much since the Spanish conquest.

Then it was necessary to create “cities” out of nothing, where workers could, at the same time, work strenuous days, rest, eat, shop and recreate according to the parameters established by a foreign culture.

With the commissaries, the Rockefeller oil company was creating the first antecedent of the modern supermarket in Venezuela: a dispensary where you could find imported products of all kinds priced in dollars, the conqueror’s currency.

In these oil bodegones that functioned as an enclave of the American consumer culture, the managers and the best-paid technical personnel could be supplied with products that endowed them with status and superiority over ordinary personnel.

During an extended arc of time, the North American companies paid the wages in tokens or exchangeable bonuses in the oil shop (through a card that could be punched), in this way they profited from the import of the products at the same time that they created the mass consumption of American products.

With the oil shops (comisariatos or economatos in Spanish), the dollar was introduced, for the first time, in the daily routine of the country, opening an excruciating gap between the arrogance of the American who could buy everything in the oil shop and the peon that had to settle for the bonus they gave him. That feeling of resentment and admiration is the seed of Venezuela’s violent leap into “modernity” as a country.

From this perspective, the “fever” of bodegones unfolds as a phenomenon and reminder in the present time. On the one hand, it indicates that the mass culture of the oil shops has penetrated deeply, but also that the dollar has once again emerged as a symbol of inequality, status and survival.

More than 100 years ago as an oil country at the convenience of the American geopolitical project, the oil shops turned bodegones remind us not only of the imprint of an imported culture, but also indicates that this positive fragment of the Venezuelan spirit that was incarnated by Chávez, has learned to survive a war of conquest of more than 100 years. Because otherwise, we wouldn’t be here talking about this.

It’s as simple as that intuition that continues to shape the insistence on defending our last line of defense, the line of nationality.