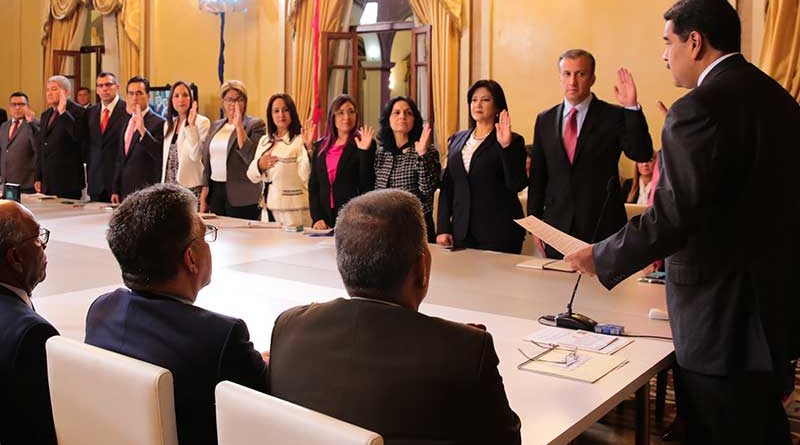 A little over a month ago, President Nicolás Maduro announced – through the vice president – a change in the ministerial cabinet, however, to date, only three have been designated: electric power, food and science and technology.

In practice, this means that after putting their charges on order and delivering their respective reports and accounts, the disposition of 29 ministries and 5 vice presidencies are paralyzed.

Does the difficulty of appointing a cabinet deepen the crisis of governability? Why?

Recall that for various reasons the majority of Venezuelans agreed with the request of the president to ask his ministers to put their charges to order.

In fact, on the day of the announcement of the change of the executive train, the #CarasNuevasYRadicalizacion label was viralized on Twitter, where many criticized the classic casting and the charges obtained by political “loyalty” and cronyism.

On the other hand, for the leaders and militants of the opposition, the announcement of the ministerial changes and the appointment of new leaders do not solve anything. They consider that any action other than the resignation or deposition of the president is nonsense.

Long wait
The last “movida de mata” was on June 14, 2018 when Maduro replaced his vice president and also appointed 12 new ministers (seven women). On this occasion, despite the announcement, there are only three appointed: Igor Gavidia Leon in Electric Power, the largest gral. Carlos Leal in Food and Freddy Brito in Science and Technology.

Analysts say that despite the fact that cabinet renewal was an open expectation since the president’s inauguration for his new term (last January) the facts on the geopolitical board did not allow it.

However, four months after the start of the new government, and one month before the announcement,  a cabinet characterized by efficiency (doing more with less, in less time), transparency (mutual comptroller State-People Power, access to information on management and clear monitoring and evaluation criteria), synergy (people-government co-responsibility and the articulation between both during all stages of work) and planning (systemic and interconnected vision of the programs and projects to be developed) is more necessary than ever.

Most of the users of social networks and several opinion columnists want changes in the ministries of Economy, Industries, Productive Agriculture, Youth, Mining Development and Transportation.

But from the sidelines of the opposition – quick to criticise and always vigilant of the expired “times” – the delay corresponds to the lack of new cadres and the search for “Chavista technocrats.”

The criolla multifactorial crisis points to ungovernability (ability to maintain order) and for this reason rapid and accurate answers are necessary.

Beyond speculation and rumors, the majority in Venezuela agree that the new phase of political crisis and the blackouts – in addition to hyperinflation, lack of medicines and failures of public services – require new strategies and capable professionals – who go beyond an emergency model for the nexus.