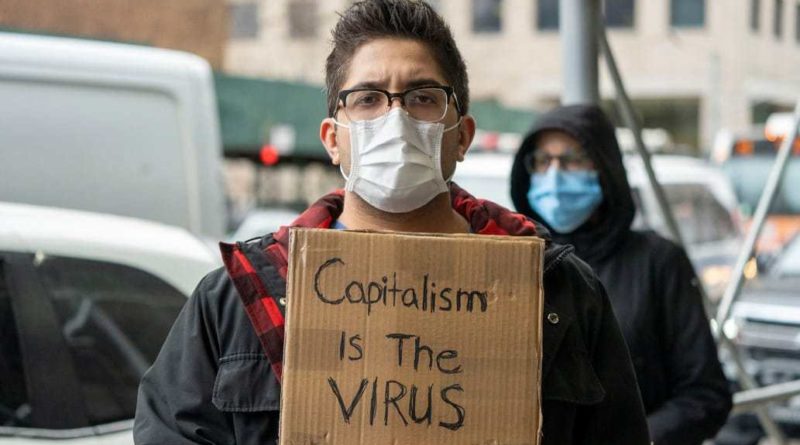 If we look at the painful world scene as this pandemic is claiming thousands of lives, leaving unburied corpses out in the open with no space in funeral homes and private cemeteries, forcing the limits of the Hippocratic oath by choosing who should die abandoned, plunging tens of thousands of workers into unemployment, stopping the senseless commercial boom of this world which has never seemed so wide and alien to us, and straining the health and sanitation systems in any dark corner of the planet to the point of collapse, it would not seem necessary with all this going on to pay attention to what is happening on this little island of Cuba, barely a visible spot on the globe which dozens of U.S. administrations have tried to drown in hunger and despair. But the filthy media fare that today tries to tarnish the obvious, and which will no doubt try to stain its prestige tomorrow, forces Cuba, for the sake of humanity, not to remain silent.

Many observers of the unfolding tragedy agree that the root cause of the present situation is not the shift in global trade, or consumption of wild animals, or industrial farming that leads to overcrowding and the inevitable use of antibiotics, antivirals and transgenic foods to prevent disease and increase the weight of pigs and chicken breeds in search of the greatest profit. All of these things are caused by the last link in the chain.

On the contrary, the most lucid minds, committed to the facts and the truth, denounce that it is the capitalist economic system itself. It is the pandemic of the globalization of commercial interests, the globalization of misery and precariousness, the greed of the elites that demand austerity from the people and the usual liberalism, under the cover that alternatives are impossible. It is the ultimate cause that explains the shameful implosion that we are witnessing today in several of the richest and “model” countries of democracy. Capitalism is the deadly virus for which the only immune system capable of neutralizing it must be rebellion and socialist revolution to make civilization civil once again.

Cuba – despite the iron curtain of media that intoxicates the simple and naive reader with lies, as well as the more astute and analytical reader – has always enjoyed prestige and recognition. The strength of its moral example and capacity to resist, from its Mambisa, Martiana, and Fidelista roots, has always prevailed over lies, aggression and material deficiencies. Unfortunately, and very painfully, yes, because it is in the middle and in the background of a tragedy, the image of Cuba will rise to such a height that it will be seen from all points of the planet. Why? Perhaps it is necessary to point out some reasons, but far from the spirit of foolish complacency in the face of danger and in the midst of planetary suffering, but because if the people want to get rid of their exploiters turned into murderous politicians, they must learn from the experiences of those who have tried and succeeded in the task.

When a genius was asked how long he had been preparing for the success of a task, he replied: forever, all his/her life. Cuba has always equipped itself with the minimum conditions necessary to make possible that its strategy and tactics in the face of the disease allow it to show such a different panorama, not only before the countries of the region, but with respect to nations that yesterday were the world’s thriving metropolis, with a wealth that owes so much to colonial depredation, and that now have not been able to put themselves at the service of human beings, prostrated before material interests, who now drown in their own incapacity, and are the painful and astonishing amazement of the world. Cuba’s reason is systemic, of cultural essence. The ultimate reason is the character of its system of life, of its humanitarian policies, focused on the human being, life and his or her fundamental rights.

The speed with which our country moves from the rhythm of normal times – which, by the way, has never in more than 60 years been able to enjoy the normality of countries that have not been attacked – to the effective management of emergencies, be they natural, climatic or imported epidemics, is due, above all, to an institutional structure that is conceived and designed to make a reality out of an aspiration that comes from the old cultural Renaissance, from the dawn of a capitalism that later betrayed it, and that is true democracy: human beings as the center of everything.

Cuba’s best citizens also know how to be companions, in its etymological meaning: those who eat from the same bread and distribute material and spiritual goods in solidarity, to the extent that it allows them to be inserted into an ocean of aggression and global inequality that forces the assumption of some market mechanisms, and is the unwanted breeding ground of some inequalities alien to the socialist project.

In their best sons and daughters, solidarity in daily life, and sacrifice and endurance, are assumed naturally, and although with the inevitable diversity of different human destinies, which frustrate some and enlarge others, the prevailing sign of our daily action is solidarity with our close neighbors, and with humanity. This is a profound reason that is only revealed during times of crisis and is usually hidden, invisible, in the normal passing days.

The soulless nature of those who today, in their own smallness, believe that only money can move Cuban doctors, are unable to assimilate that only an education of nobility sustained in time and a social climate like the Cuban one, can generate attitudes that are not only personal, but that become ingrained in the spirit of a nation. When our grandchildren clap their hands from the balconies tonight, they also shout, “Long live Cuba”, and that is a seed that always germinates, from the innocence of their enthusiasm they see in their elders the possibility of human improvement.

The first stone was literacy, Fidel’s long vision, and today Cuba can count on the rapid availability of professionals, not only in the area of health, who are highly specialized and trained for many events of the type or similar to the one that plagues us.

Cuba does not suffer from the explosive fragmentation, the balkanization of the social fabric that causes the existence of opposing economic and political interests, with the possibility of asserting individual or sectorial egoisms in the political arena, but rather the natural existence of the diversity of human aspirations, some of which have been infiltrated by the artifices of the capitalist culture that today is in ruins. This is what is called unity, and it is so important, and a condition of social discipline of the majority that allows us to act as we do in the face of the pandemic, which is as decisive as it is attacked by our adversaries because they know that there lies the most solid strength of our foundations. Where elitist political cannibalism cannot be imposed in moments of crisis, is where the necessary shield of social and political unity triumphs, making coordinated action by all its elements possible.

Never has the status of public servants in the country’s authorities become more evident than now. It is not necessary to defend or to make excessive and unnecessary accolades of, our political or health leaders when the facts speak for themselves. Unfortunately, today, at the pace of the voracity of the virus, we are witnessing the virulence of the capitalist systems in the personification of the irresponsibility, or inability of their politicians, to manage or alleviate the crisis.

It is not that everyone is as obtuse or arrogant as the major imperialist, or as ignorant as some in the Latin American backyard, to the point that their own armies are defending to save the system. It’s that they become victims of the same monster they manage and the privatized health approach they defend prevents them from taking advantage of the political capital they lost through the laws of their own making.

In contrast to the stereotypes manufactured by the media machinery and those who here reproduce them as a result of ignorance, or following the mercenary lure of the coins, Cuba today raises another beacon of light and moral hope, but also an objective sample of how necessary socialism is, as it can be built in every corner of the world.

The dissolution of what we once called the socialist world largely eroded the hope of those who, in good faith, were waiting for a possible alternative. In the field of ideas, there was an enthusiastic disregard for communist ideals, which was used to legitimize the denial of alternatives and thus ignore the fact that another world was possible.

We have witnessed the certainty that it will always be possible -and highly probable- that the same or worse than this pandemic will happen, if we do not raise once and for all a deep worldwide demand for the only effective alternative, which, whether it be called socialism, or whatever the coming generations may call it, will have to be decidedly anti-imperialist, anti-capitalist and anti-neoliberal. There is no possibility of a capitalism with a human face. The experience of pain and bitterness of humanity today shows the true image of Capital and the profound reason for the existence of socialism.