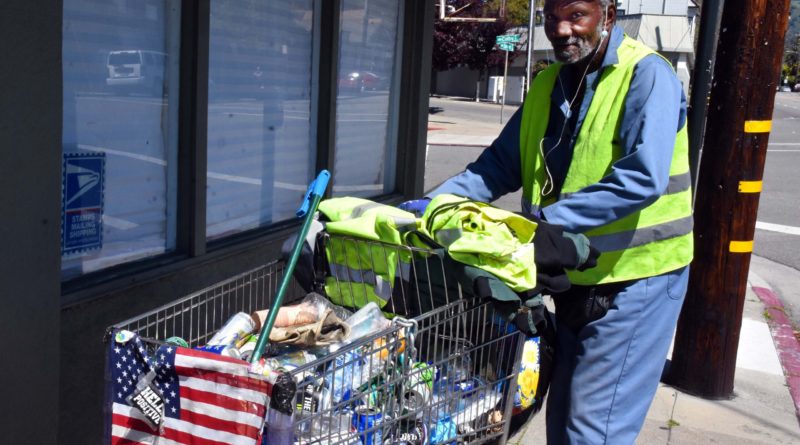 It is not only a serious economic crisis that the United States is currently experiencing but also a profound humanitarian crisis that its people have been suffering for decades.

We have to look in perspective at the recent declarations of Donald Trump about the spread of the coronavirus in the United States in which he said that, in the best of cases, by the end of April, they would be counting 200 thousand lives lost, he also said if that was the case it would represent a great achievement for his administration (as if one life alone was not already a cause of pain).

The death of 200,000 people in the US from COVID-19 would represent a coronavirus mortality rate 256 times higher than that recorded by China and, if the current lethality rate (2.48%) is maintained, it would mean around 8 million people infected in the US (if the lethality increases to, for example, 10%, the number of people infected, if there are 200,000 deaths, that would be 2 million Americans). It is likely that this fatality rate will increase due to the characteristics of the health system in the US, which, being private, limits access to testing and care for people with coronavirus.

As of today, 362,573 people with Covid-19 and 10,720 deaths have been recorded in the US, which is equivalent to a mortality rate and a prevalence rate (number of cases among the total population) 8 and 13 times higher than that of China respectively, despite the fact that, unlike that Asian country, Covid-19 did not take Trump by surprise, he had a couple of months to prepare.

Even if the rating agencies do not say so, the US is in a critical default condition due to an unpayable foreign debt that exceeds 21 trillion dollars. Not even all the gold in the world would be enough to pay it off, and the reserves it has only cover 2% of that debt. Its international reserves are so low that, according to the World Bank, they barely cover 1.4 months of imports, a situation that makes the country very vulnerable in the context of the recession that is caused by the social quarantine.

The classic solution of turning on the little machine that makes dollars and paying off the debt is no longer a good idea because the world financial system is getting rid of the petro-dollar-paper, which explains the collapse in its value, and is rather looking to buy gold which, it seems, is safer.

We must add the fact that the United States is highly dependent on imports from China and that its hydrocarbon reserves have been worryingly depleted to the point that, being the world’s largest consumer of oil, even more so than China even though its population is four times smaller, it had to opt for the costly and polluting technology of fracking. In colloquial terms, the United States is not in its best economic moment, it is at a disadvantage with China, so the desperation to get oil and gold is increasing.

The tense calm in which the American people live daily, terrorized by the repressive policies of the current White House government, seems less and less calmed by the evident manifestation of the internal humanitarian crisis.

The loss of control over the covid-19 pandemic is another example, although now amplified given the exponential nature of the coronavirus, of the failure of the health system and of the serious crisis which, in turn, is a consequence of the establishment of an exploitative and criminal economic, social and political system which always places capital and its owners above life and human beings. A system that also privileges and directs its resources to war instead of to life and peace.

RELATED CONTENT: The Return of Venezuelan Migrants: Portrait of a Scam in Times of Pandemic

The following figures showing the serious humanitarian crisis in the United States were taken from the report “Record of US Human Rights Violations in 2019” published by the Information Office of the State Council of the People’s Republic of China in March of this year 2020, http://spanish.china.org.cn/txt/2020-03/14/content_75813508_2.htm

In the United States, one person dies every 15 minutes from firearms. In 2019, 39,052 people were killed by gunfire. The FBI estimated 1,206,836 violent crimes occurred nationwide during 2018, including murder, rape, robbery and aggravated assault.

Mass shootings characterize the United States; the number of mass killings reached a record 415 during 2019 or more than 1 shooting per day. It is the country with the most firearms in civilian hands: on average 120.5 weapons per 100 inhabitants.

Among other things, about 61,000 prisoners in the US are held in solitary confinement which constitutes an act of torture according to the UN. Since 2017, 36 journalists have been arrested while covering protests, and since 2017 US immigration authorities have separated more than 5,400 children from their parents at the border with Mexico.

In 2018 more than half a million Americans were living on the streets and lacked permanent shelter according to the U.S. Department of Housing and Urban Development.

The United States has the highest rate of income inequality among Western countries according to Philip G. Alston, UN Special Rapporteur on Extreme Poverty and Human Rights. The richest 10% of US households own 75% of the country’s wealth according to the financial firm JP Morgan Chase.

While 44% of the American people are succumbing to poverty and inequality, war spending is increasing. The military budget in 2017 was $688 billion, and only $190 billion was allocated to anti-poverty programs. Currently, 53 cents of every dollar is allocated to military spending while only 15 cents is allocated to social programs. According to the Watson Institute of Brown University, the estimated cost of the war against “terrorism” promoted by the United States since 2001 amounts to 6.4 trillion dollars, and it is estimated that around 800 thousand people have died in those wars.

The serious economic, energy, military and humanitarian crisis that the United States is going through, the imminent collapse of its hegemony, as well as its failed intentions to overthrow the Bolivarian revolution and take over the largest reserve of oil and gold on the planet explain their desperation to enter Venezuelan territory.