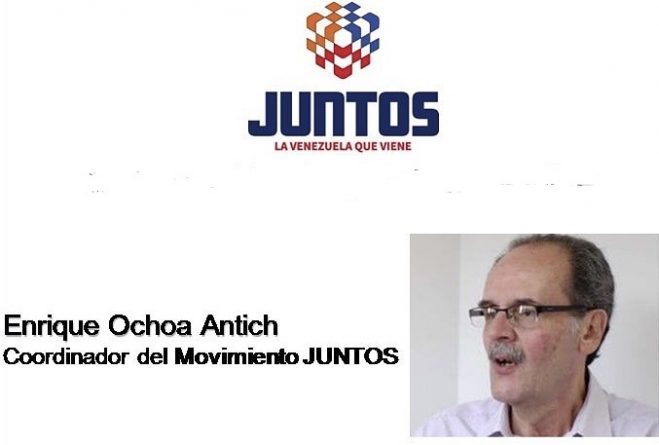 Not all of the opposition is in the wave of “parallel government”. The Juntos movement, which is part of the Coalition for Change, delivered yesterday to the opposition parties represented in the National Assembly a document in which it rejects the Transition Statute proposed by Primero Justicia y Voluntad Popular.

“This text is based on the mistaken view that a democratic transition can be imposed on the other. Our proposal is different: we seek a democratic transition, yes, from dictatorialist authoritarianism to a full democracy, but agreed and negotiated, like all the successful transitions that have been in the world, including and not excluding from it those who must leave power,” said the leader of the movement, Enrique Ochoa Antich.

The Juntos document recalls the cases of Chile with Pinochet, of South Africa with De Klerk, of Spain with Fraga and the Francoists, of Eastern Europe with the Communists, in all of whom those who left power participated in the State or even the government that resulted of the transition achieved in those countries.

Together, he proposes that a commission of the AN be appointed to negotiate an exit of that nature, with the participation of the United Nations Organization as facilitator of the dialogue.

The document states that “having power in their hands, Maduro should give unilateral signals as a testimony of his willingness to dialogue, such as the freedom of all political prisoners and the rehabilitation of politicians and parties.”

It was not known if other organizations of the coalition Concertación por el Cambio share the point of view of Juntos. The fundamental strength of that alliance is Avanzada Progresista, the party of former opposition presidential candidate Henri Falcón.