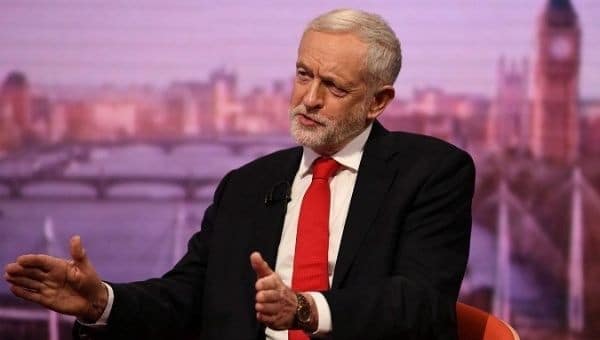 May’s deal has been defeated in the U.K parliament.

Labour Leader Jeremy Corbyn called for a no-confidence vote against the government of Theresa May after she faced historic defeat in a vote on her Brexit deal in parliament Tuesday, plunging plans for Britain’s biggest political and economic change for decades into deeper uncertainty.

The vote itself will be held on Wednesday at 7:00 p.m. following a debate in the Commons. Lawmakers will be asked to vote on a motion: “That this House has no confidence in Her Majesty’s Government.”

This gives May less than 24 hours to fight for her job. North Ireland’s Democratic Unionist Party, or DUP, has confirmed that it will vote for the government in the no-confidence motion, according to The Guardian.

“Mr Speaker, every day that passes without this issue being resolved means more uncertainty, more bitterness and more rancor. The government has heard what the house has said tonight, but I ask members on all sides of the house to listen to the British people, who want this issue settled, and to work with the government to do just that,” May said in a statement shortly after her deal was defeated by a big margin.

Parliament voted 432-202 against her deal, the worst parliamentary defeat for a government in recent British history. Scores of her own lawmakers – both Brexiteers and supporters of EU membership – joined forces to vote down the deal.

With the clock ticking down to March 29, the date set in law for Brexit, the United Kingdom is now ensnared in the deepest political crisis in half a century as it grapples with how, or even whether, to exit the European project that it joined in 1973.

May’s crushing loss, the first British parliamentary defeat of a treaty since 1864, marks the collapse of her two-year strategy of forging an amicable divorce with close ties to the EU after the March 29 exit.

Ever since Britain voted by 52-48 percent to leave the EU in a referendum in June 2016, the political class has been debating how to leave the European project forged by France and Germany after the devastation of World War Two.