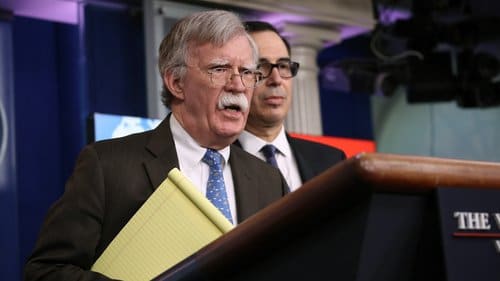 24/Mar/2019.- The statement comes a few days after Venezuelan President Nicolas Maduro accused the US government of stealing $5 billion from the South American country – money that Maduro said has been earmarked for the manufacture of medicines.

Venezuelan Communications Minister Jorge Rodriguez has lambasted the country’s opposition for pocketing a billion dollars in government funds held in US banks.

“They have resorted to stealing the assets that Venezuela holds in different banks. This money is being confiscated at the request of the [US President Donald] Trump administration. Over $30 billion has been stolen in the past couple of months”, he was cited as saying by the state channel VTV.

The statement followed President Nicolas Maduro blaming Washington for stealing from Venezuela “$5 billion allocated for the purchase of the main substances for the production of medicine in Venezuela and its delivery to hospital networks, pharmacies, and ambulance networks”.

He insisted that US President Donald Trump was responsible for “the most criminal measure” against the Venezuelan people in order to subsequently say that the US authorities were ready to provide humanitarian assistance to the South American country.

Earlier this month, Maduro accused the Venezuelan opposition and US authorities of being eager to start a war for natural resources.

“No one should let themselves be fooled! The Venezuelan opposition and the US government do not want to help the country. On the contrary, they want to seize our natural resources. They want to unleash an ‘oil war’ to invade our homeland and rule here! But they will fail!” he tweeted.

RELATED CONTENT: Impact of the Economic War against the People of Venezuela

Venezuela remains embroiled in a political crisis which escalated on 23 January, when the country’s opposition deputy Juan Guaido self-proclaimed  “interim president”. Maduro described the move as an attempt to stage a coup orchestrated by Washington.
The US immediately recognized Guaido, after which some 50 other countries, including neighboring Colombia, followed suit. Russia, China, Turkey, Mexico, South Africa, Cuba, Bolivia, and a number of other states have stated that they recognise Maduro as Venezuela’s only legitimate president.