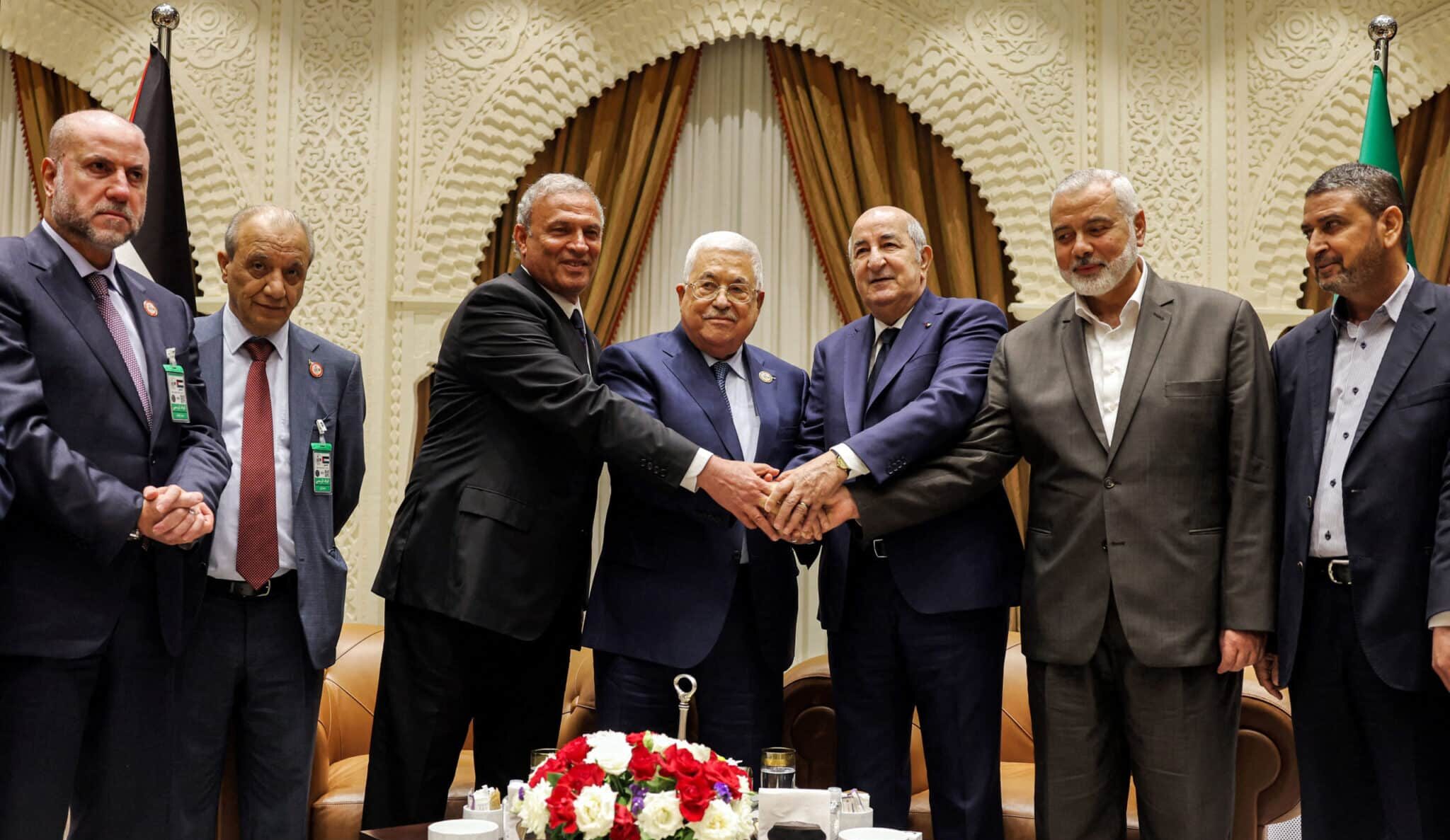 Palestinian Authority (PA) President Mahmoud Abbas has met publicly with the political chief of the Palestinian Hamas resistance movement, Ismail Haniyah, for the first time in more than five years in Algeria, raising hopes for reconciliation talks between the two rival factions of Palestine.

The meeting was held late on Monday, July 5, in the Algerian capital of Algiers on the sidelines of the country’s 60th independence day ceremony, with Algerian President Abdelmadjid Tebboune in attendance.

Algerian and Palestinian media outlets published photos of the pair shaking hands at the meeting which was presided over by Tebboune.

RELATED CONTENT: Palestinians ‘Are Not Animals in a Zoo’: On Kanafani and the Need to Redefine the Role of the ‘Victim Intellectual’

Algerian state television also aired footage of the meeting, describing it as “historic.”

The encounter between the “Palestinian brothers” came after years in which the two “did not sit at the same table together,” the Algerian presidency said in a statement, without elaborating on the outcome of the conversation between Abbas and Haniyah.

The PA delegation included Majed Faraj, the head of the intelligence services, among other officials.

Haniyah and Abbas last met face-to-face in October 2016 in the Qatari capital of Doha, in the last efforts to reconcile Palestinian Hamas and Fatah resistance movements.

In the past few months, Algeria has hosted several Palestinian delegations in an attempt to revive intra-Palestinian reconciliation.

In December, President Tebboune launched an initiative to end the rift between the rival Palestinian parties.

Since then, Palestinian delegations have reportedly been flying to Algeria regularly to prepare for a national conference ahead of an Arab League summit set to be hosted by Algeria in November.

A year after Hamas defeated Fatah in the parliamentary polls, the latter was driven out of the Gaza Strip as it attempted to replace the Hamas-led government, which resulted in several weeks of fighting.

Hamas has been the de facto ruling body in the besieged coastal enclave of Gaza since 2007, while Fatah has been in power in the Israeli-occupied West Bank.

Multiple efforts to end the rift between the two Palestinian factions have failed.

Abbas called Palestinian legislative elections for May 2021, but he canceled it just weeks ahead of the polls, blaming Israel for not promising to allow residents of the occupied East Jerusalem to vote.

At the time, Hamas slammed Abbas’s decision to cancel the scheduled election, saying the move was “a coup against the path of partnership and national consensus.” It was evident that Abbas would have lost had the election taken place.