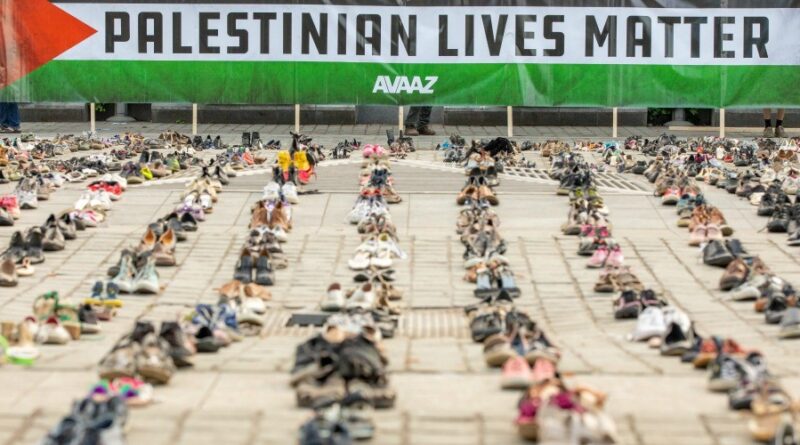 “The Trump administration hit upon the Nobel Peace Prize-winning idea that you can supposedly solve the Israel-Palestine conflict by pretending Palestinians don’t exist.”

Advocates for Palestinian rights vehemently rejected claims by the Trump administration and Israeli Prime Minister Benjamin Netanyahu that Thursday marked a “historic day” in the fight for peace in the Middle East, after Israel and the United Arab Emirates forged a deal normalizing relations between the two countries.

The newly-official diplomatic relationship reportedly came after Israel told UAE officials that it would suspend plans to annex parts of the West Bank in the occupied Palestinian territories.

Rights advocates promptly pointed out that Israel already occupies the West Bank and will continue to do so regardless of any promise to the UAE, and that the Israeli to expand annexation—though on hold at least for now—would have been a violation of international law.

“We won’t celebrate Netanyahu for not stealing land he already controls in exchange for a sweetheart business deal,” tweeted Rep. Rashida Tlaib (D-Mich.), a Palestinian-American.

We won’t be fooled by another Trump/Netanyahu deal.

We won't celebrate Netanyahu for not stealing land he already controls in exchange for a sweetheart business deal.

The heart of the issue has never been planned, formal annexation, but ongoing, devastating apartheid.

As President Donald Trump, Netanyahu, and UAE Crown Prince Mohammed bin Zayed released a joint statement celebrating the so-called “historic diplomatic breakthrough”—and U.S. National Security Advisor Robert O’Brien said the deal should solidify a Nobel Peace Prize nomination for Trump—CodePink pointed out that Netanyahu stated publicly after the deal was brokered that annexation is “still on the table” and something he is still “committed to.”

The deal is primarily an attempt to bolster “the Israel-US-Gulf alliance against Iran…while maintaining Israel’s status quo of occupation and apartheid,” said CodePink co-founder Medea Benjamin.

In Gaza, the Popular Resistance Committees called the deal “a treacherous and poisonous stab in the back of the nation and its history” which “reveals the size of the conspiracy against our people and our cause.”

CodePink accused UAE leaders, including Crown Prince Mohammed bin Zayed, of abandoning their previous stance that the UAE would only normalize diplomatic relations with Israel if and when the country acted in accordance with international law.

“We are not fooled by this fake diplomacy, which is nothing more than a way to maintain Israel’s status quo of land theft, home demolitions, arbitrary extrajudicial killings, apartheid laws, and other abuses of Palestinian rights,” said CodePink national co-director Ariel Gold. “Annexation is a daily reality on the ground. By normalizing relations with Israel without any gains for Palestinians, the UAE is pledging complicity with Israel’s violations of international law and Palestinian human rights.”

The group said the purpose of the Trump-brokered deal was entirely unrelated to moving closer to peace and solidarity between Palestinians and Israelis, and was instead an attempt to shore up the power of Trump, Netanyahu, and bin Zayed.

“The UAE’s change from supporting Palestinian dignity and freedom to supporting Israel’s never-ending occupation cements the UAE’s alliance with the Trump administration, which allows the country to purchase weapons that are used against civilians in Yemen,” said CodePink.

The Israeli and UAE delegations are set to meet in the coming weeks about cooperative agreements regarding telecommunications, investments, tourism, and other aspects of a normalized diplomatic relationship. But as the Middle East Eye reported, the new deal is simply a formalization of relations that had already been ongoing; last month, for example, two Israeli defense companies signed a deal with an artificial intelligence firm in the UAE.

“There is nothing ‘historic’ or ‘groundbreaking’ about this agreement: Israel and the UAE have been strong allies under the table for many years!” tweeted Omar Baddar, director of the Arab American Institute. “This is merely making that friendship public.”

2) Israel didn't "halt" the annexation for the West Bank (annexation is ALREADY a de facto reality on the ground). Israel merely "suspended" its announcement of a reality it has already illegally imposed on Palestinians. It is FALSE to say Israel suspended it at the UAE's request

5) The Arab Peace Initiative already promised full normalization of relations between Israel and all Arab countries in exchange for ending Israel's illegal occupation of the Palestinian territories to allow a tiny Palestinian state to exist. Israel rejected this generous offer.

6) Some Arab governments see "the Palestinian cause" as a burden, feigning concern for their human rights while secretly working with Israel on "more important" partnerships: economic, intelligence, undermining Iran's influences in the region…etc.

“Israel may be able to normalize with these dictatorial governments without treating [Palestinians] like human beings who deserve basic rights, but Israel will never be truly accepted by the PEOPLE of the region so long as Palestinians live without freedom under the boot of occupation,” Baddar wrote.

Classic: UAE formalize relations that they already had behind the scenes; Israel pledges not to do something illegal that it had no right to do anyways, and expects plaudits for it; Trump gets to play pretend-deal maker; occupied Palestinians continue to get screwed by the world. https://t.co/mNfr7W7RCY

IfNotNow, a Palestinian rights group led by Jewish Americans, condemned the deal, which was made without the involvement of Palestinians.

Weird that this deal is trending with "Palestinians" because Palestinians were not part of the negotiations or even mentioned in the statement.

Once, again, Palestinians are excluded from decision making about their own future, while continuing to live under military occupation. pic.twitter.com/bMbNvnJElC

“The focus needs to be on promoting solidarity between Palestinians and Israelis who are joining together in struggle to end an apartheid system,” said Congresswoman Tlaib. “We must stand with the people. This Trump/Netanyahu deal will not alleviate Palestinian suffering—it will further normalize it.”

Featured image: In front of the EU Council, covered by 4,500 empty pairs of shoes to represent every life killed in the Israel since 2008, is seen in Brussels, Belgium, on 28 May 2018. European Foreign Ministers greeted by the installation as they entered a meeting. (Photo: Olivier Matthys/Anadolu Agency/Getty Images) 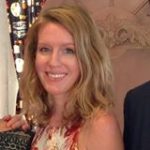 Julia Conley began her journalism career on PBS's weekly news analysis show Bill Moyers Journal, first as a production assistant and eventually producing interview segments for veteran journalist Bill Moyers. She also worked for over two years as a producer on Al Jazeera America's daily news broadcasts, and later on documentary films focusing on issues including the roots of the American opioid crisis and the history of white supremacy in the U.S. She has written for the quarterly women's magazine A Women's Thing, and joined the Common Dreams staff in 2017

Julia Conley began her journalism career on PBS's weekly news analysis show Bill Moyers Journal, first as a production assistant and eventually producing interview segments for veteran journalist Bill Moyers. She also worked for over two years as a producer on Al Jazeera America's daily news broadcasts, and later on documentary films focusing on issues including the roots of the American opioid crisis and the history of white supremacy in the U.S. She has written for the quarterly women's magazine A Women's Thing, and joined the Common Dreams staff in 2017