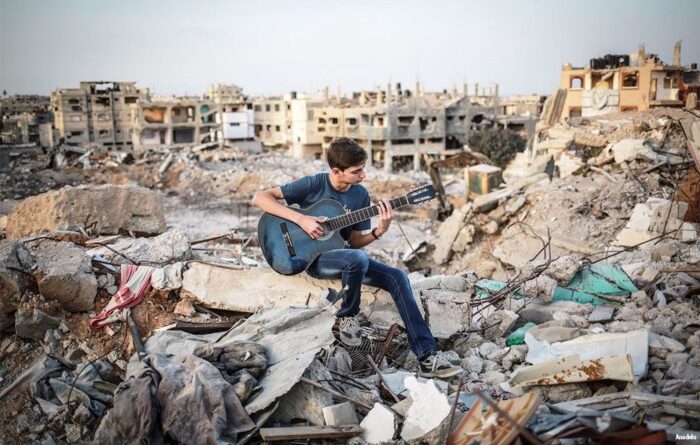 In a report published on the 28th of August 2012 by the United Nations Relief and Works Agency for Palestine, it quotes ‘without remedial action now Gaza’s problems in water and electricity, education and health, will only get worse over the coming years’.

Maxwell Gaylord warned, ‘Gaza will have half a million more people by 2020 while its economy will grow only slowly, and in consequence, the people of Gaza will have an even harder time getting enough drinking water and electricity, for sending their children to school.’

The report continues ‘ the population of the Gaza strip will increase from 1.6 million today to 2.1 million people in 2020 resulting in a density of more than 5,800 people per square kilometre.

‘Infrastructure and electricity, water and sanitation, municipal and social services are not keeping pace with the needs of the growing population’.

Mr Gaylord further added ‘an urban area cannot survive without being connected, a return to economic progress and prosperity will only materialise with communication and contact with the world beyond Gaza;

Before 2005, 21 Israeli settlements were situated within the Gaza strip, containing 8000 Jewish settlers.

They were all removed from Gaza by the 12th of September 2005.

The settlers received on average 200,000 US dollars in compensation for being relocated within Israel or illegally within the Westbank.

The United Nations and many international human rights organisations still believe the Gaza strip is under Israeli military occupation as Israel continues to control the airspace around Gaza, its maritime waters and 6 of its 7 land crossings.

Israel maintains a security zone within Gaza, on the border between Gaza and Israel,

Israel is still referred to as Historic Palestine by many Palestinians.

Following the Israeli disengagement from Gaza in 2005, Palestinian Legislative elections were held on the 25th of January 2006.

Israel, America and Europe wanted Fatah to gain control of Gaza but the people had another idea

The people of Palestine elected Hamas. They took control of the government in Gaza on the 14th of June 2007. Effectively Hamas governed Gaza and Fatah governed parts of the Occupied Palestinian Territories, the Westbank, while still under Israeli military occupation.

The growth of illegal Israeli settlements in the occupied territories of the West Bank has further balkanized what was hoped to be the newly independent state of Palestine of the west bank and East Jerusalem, while Gaza, has been under economic, military and physical siege from 2007.

Israel launched a war on Gaza on the 27th of December 2008 which they called ‘Operation Cast Lead’, after 22 days of this asymmetric Warfare there were 1,417 dead Palestinians including 313 children and 5,500 injured.

One estimate places civilian casualty rate of Palestinian to be 83%.

Israel suffered 13 dead. Four of which were killed by friendly fire.

Israel was involved in a second war on Gaza which they called operation ‘Pillar of Defense’ which began on November 14th 2012 and lasted 8 days6-day.

168 Palestinians were killed in the Israeli airstrikes, 101 of them civilians including 33 children.

In another war from July 8th until August 26th, 2014 including both air attacks and a ground invasion, over 2,130 Palestinians were killed 69% of whom were civilians and over 500 of them were children.

18,000 homes were demolished or severely damaged.

67 Israeli soldiers died during the assault on Gaza along with 6 Israeli civilians one of those a child, as a result of Palestinian attacks.

There were Israeli 469 soldiers wounded and 87 civilians.

The ongoing economic, physical and military siege of Gaza is causing tremendous mental and psychological impacts upon the parent’s, government and the children of the Gaza Strip.

Unemployment rates are high, the economic rate is low, sanitation, health, and education are all suffering under this barbaric medieval siege.

Suicide rates, depression and violence within the home have reached epic proportions, life in Gaza is not life, it is merely an existence and for many young people, the price of that existence is too high.

Death for some is their only means of Escape.

Many of Gaza’s residents are internally displaced refugees from the ethnic cleansing of Palestine in 1948 when the state of Israel was created.

A second huge tranche of displaced persons emanated from the 6 day war in 1967 when Israel again took the land, the homes and the resources from the Palestinian people.

Many residents of Gaza are entitled under UN resolution 194 ‘the right of return’, to return to their homes, their Lands and their habitations now inside Israel.

Under international law, Palestinian refugees have the right to return to their homes, that right has systematically been denied by Israel.

This refusal to allow Palestinians to return home resulted in the ‘great march of return’ protests which took place every Friday between 30th of March 2018 and the 27th of December 2019.

These peaceful protests ended with the deaths of over 150 Palestinians within Gaza and outside of Israel’s self-declared border zone.

At Least 10,000 people were injured according to Amnesty International including 1,849 children,424 women,115 paramedic, and 115 journalists

.Of those injured 5,184 were shot by live ammunition.

There are now complete football teams in Gaza made up entirely from one-legged athletes including girls teams.

At times 30,000 people from Gaza protested at the security fence between Gaza and Israel on the Friday protests.

There are claims that one Israeli soldier was lightly wounded from shrapnel from a grenade and one killed near the security fence, by a Palestinian resistance sniper but not during the protests.

The situation in Gaza is now very desperate, many of the people are employed by the government and the Civil Service. There are some problems for the employees receiving their salaries.which are transferred from the Westbank.

As the world focuses on Trump, Netanyahu and Kushner’s, Deal of the Century’ regarding the West Bank and East Jerusalem, the people of Gaza suffer, unwatched, unheralded and unspoken of by the world.

The Israeli blockade is destroying the fabric of society, the lives and the hope in a better future for the people of Gaza.

Maxwell Gaylord was indeed prophetic on the 28th of August 2012, when he foretold to the world that by 2020 Gaza would become uninhabitable.

Today Gaza is a collection of destroyed buildings, destroyed infrastructure, destroyed lives, destroyed dreams, destroyed bodies and the destruction of hope in a people whose only crime has been to become refugees of the Zionist project in the Middle East, resulting in many being internally displaced in 1948 and again in 1967, in 2008, 2012 and 2014.

As we witness the death of the Dream of an Independent Palestine in the West Bank and East Jerusalem, let us not forget the devastation of Gaza.

Fra Hughes is a political activists from Belfast Ireland, author and commentator.