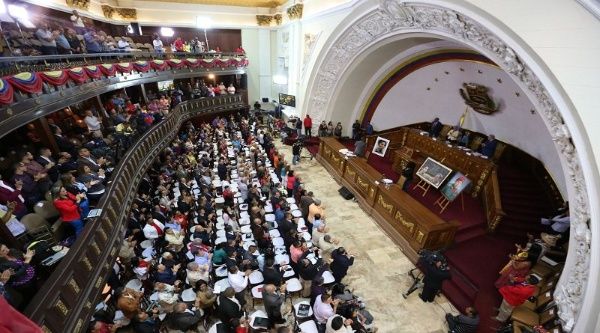 This deputies are being accused of treason, conspiracy, instigation of insurrection, civil rebellion, concert to commit crimes, usurpation of functions, public instigation for disobedience of laws and continued hatred.

The decision was taken after the order emanated from the Supreme Court of Justice (TSJ), in order to continue the trial of the parliamentarians in ordinary courts.

The TSJ decision indicates that in the present procedure, since it is the flagrant commission of common crimes, the pre-trial hearing for merit (antejuicio de meritos) of the aforementioned citizens was not necessary because their prosecution corresponds to the ordinary courts in criminal matters, according to the provisions of article 378 of the Organic Code of Criminal Procedure.