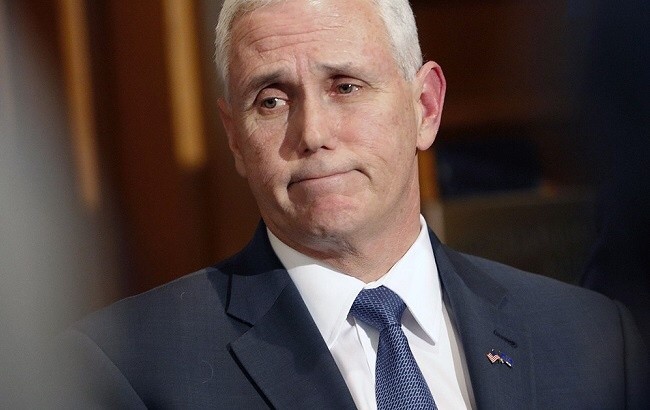 “He’ll be showing where the opportunities lay if people do the right thing moving forward,” the official said.

U.S. Vice President Mike Pence is set on Tuesday to offer new incentives to Venezuela’s military in an attempt to convince the them to turn against the legitimate President Nicolas Maduro. This move by Pence comes just a week after the failed coup by Venezuelan opposition leader and self-proclaimed “interim president” Juan Guaido.

RELATED CONTENT: Diosdado Cabello: President Maduro Will Receive Rectification Proposals from Grassroots Organizations – Because of Him There is Peace Today in Venezuela

According to Reuters, Pence is offering a “humanitarian aid” package to Venezuela, which is contingent on the overthrow of President Maduro and the government. These so-called ‘aid’ offers have proven hypocritical as the Trump administration is responsible for the ongoing bloackade of the Bolivarian Republic. The U.S.-led blockade has denied the Venezuelan people access to medicines and foods that are often purchased from abroad.

Pence’s speech will be the first look at the Trump administration’s recalibrated strategy following the failed coup attempt on April 30. President Donald Trump has invested considerable political capital in regime change; however, his attempts to overthrow the government have repeatedly failed.

The U.S. Vice President is also rewarding the Venezuelan military personnel who defected on April 30 with new ‘carrots’, the Reuters report said, citing an unnamed official. “He’ll be showing where the opportunities lay if people do the right thing moving forward,” the official said.

Guaido attempted to overthrow the government during his coup on April; however, he received little support from the Venezuelan Armed Forces, who remained loyal to the Bolivarian Republic. Guaido then called for nationwide protests in an effort to save his coup, but the demonstrations were small in number and the self-proclaimed leader did not even show up.