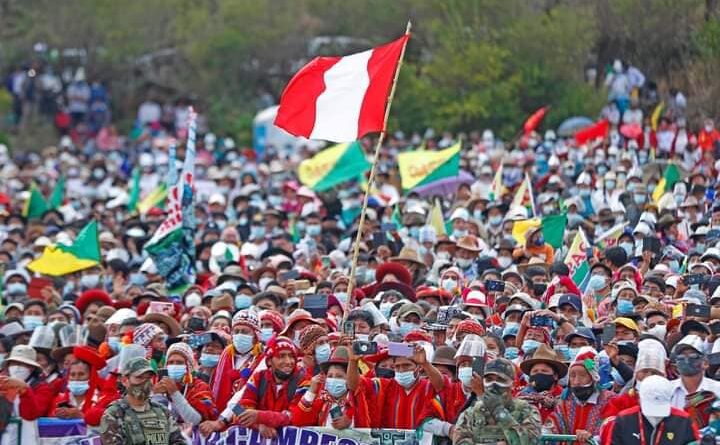 On Sunday, October 3, in the emblematic Andean city of Cusco, the President of bicentennial Peru, Pedro Castillo, proclaimed what he promised during his electoral campaign: The second agrarian reform for Peru.

The 1969 agrarian reform modified about 53% of Peru’s total agrarian land, with the purpose of guaranteeing rural families and peasant associative units access to land.

That promising agrarian initiative was truncated by the interests of the national oligarchy and North America. Despite the fact that after World War II, the agrarian reforms in Abya Yala were promoted by North American governments to avoid the “communist advance” in the region.

Today, the immoral land grabbing by monoculture agribusinesses, or the conditions of overexploitation of agricultural labor in Peru, are worse than those of the 1960s. Neoliberalism restored and expanded the new gamonalism even into the cities of Peru.

Peru, 2021, a second agrarian reform?
In the 21st century, the native communities and peoples in Abya Yala are no longer demanding agrarian reform. They demand territorial rights.

Under international law on indigenous peoples, they ask nation states for the restitution of their territories in order to exercise self-governance.

In this sense, even in the historical context that the native peoples in the region are promoting, the political promise of the second agrarian reform in Peru generated expectations for many and fears for the new landowners.

President Pedro Castillo, before announcing his government’s five lines of action on peasant agriculture, stated: “We will not expropriate or take land from anyone”. But, neither did he indicate how much land the Peruvian State had available to distribute to landless peasant families. Moreover, among the agrarian public policies he announced in Cusco, access or distribution of land for peasants is not mentioned.

In this sense, the second agrarian reform, by excluding redistribution or access to land for peasants, is not an agrarian reform but rather a belated implementation of the 1969 land reform.

In other words, land will not be given to Peruvian peasants, but technical, financial, educational, road, commercial, etc., assistance will be provided to peasants with land so that they can produce and commercialize.

While previous neoliberal governments privileged the agricultural business sector with state facilities, Castillo will support or privilege peasant family agriculture so that it can compete and access the local market.

What are President Castillo’s main agrarian measures?
The formation of an agrarian Cabinet, made up of several ministers of State, under the leadership of President Pedro Castillo.

Subsidies for peasant agriculture. Adjustment of the price band to protect and promote domestic agricultural production. Fund for rural women. Manufacture and distribution of phosphate-based fertilizer.

Construction of a public network for the collection and commercialization of peasant products internally.

RELATED CONTENT: Peru on the Path to Constituent Assembly

Construction of a nationwide irrigation infrastructure incorporating the planting and harvesting of water for production.

Converting peasant communities into competitive cooperatives, including the guarantee of electrical connectivity to promote industrialization.

These public policies, if implemented, will help the nearly 2 million peasant families who currently provide food for the country with insufficient land. But what about the landless peasant families? Where is the dream of plurinationality that aspires to a different way of life, beyond developmentalism or modern bad living?