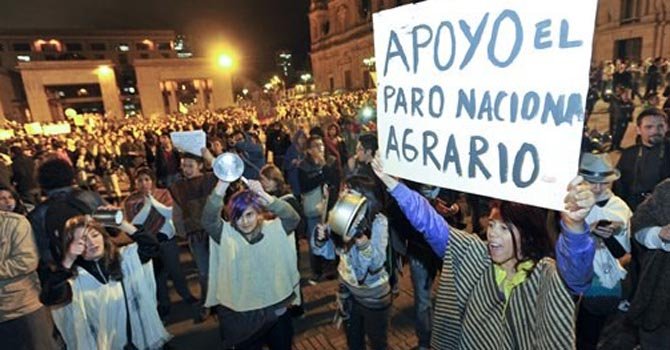 Members of the National Single Central of the Peasant Watch of Peru (CUNARC Peru), Juan Garcia, said that this organization called for a major national agricultural strike for the defense of water, land and national production on May 13.

In this sense, Garcia said that Peru in agrarian issues is living “the most disastrous thing that can be mentioned in Latin America, because it has had a total abandonment by the State. Only 2 percent of the gross domestic product (GDP) is destined for the agricultural sector, what the agriculture sector is living is sad, a total abandonment by the government; it is something that comes from years back due to a total lack of capacity in the agrarian sector. I think that Peru is more visible by its mining sector or direct exploitation, than agricultural exploitation,” Garcia said.

Therefore, the representative of Cunarc Peru, stressed that “the neglect of the sector is what leads us to take this measure (national strike), in Peru; we do not give importance to production, we have not supported the small industries that exist in the country. It is disastrous, the value of our national production is very below normal, even though it has a low price, we prefer to pay large fees to import other foods “.

In this regard, I put as an example, that despite the fact that the production of potatoes, rice and milk in the country is good, government policies are aimed at dismissing them and instead importing these items to supply not only the national market, but also in addition, the social programs that require them. “You can not be importing products to the country having so much national production and we do not give that added value.”