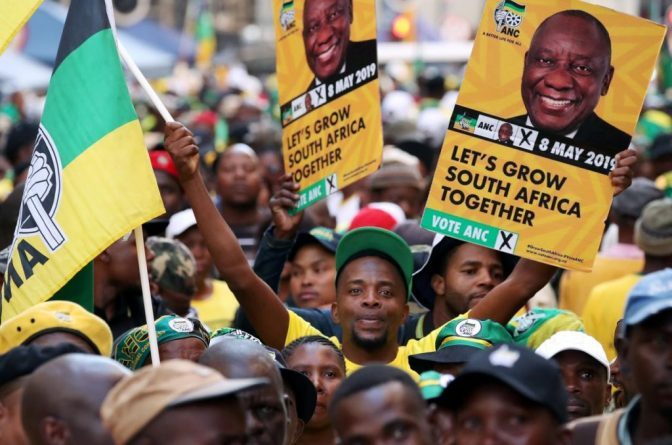 Thousands of supporters of South Africa’s African National Congress (ANC) took to the streets of downtown Johannesburg on Sunday to celebrate victory in last week’s election despite a lower share of the vote.

The ANC won 57.5% of the parliamentary vote and retained power in eight of nine provinces in President Cyril Ramaphosa’s first poll test since taking power in February 2018.

The result was the ANC’s worst performance in a parliamentary vote since the end of white minority rule in 1994, when it swept to power under Nelson Mandela.

But it was at least an improvement on its vote share in local government elections in 2016.

To supporters of Ramaphosa, the victory was an endorsement of his anti-graft agenda after replacing Jacob Zuma.

“Ramaphosa has done the right thing by targeting corruption. It helped us win the election,” said Tlaleng Radebe, 45, an ANC member from Soweto township on the outskirts of Johannesburg.

Another ANC member, Themba Shabalala, 39, said he wanted to see Ramaphosa, a union leader turned business tycoon, rid the country of the “scourge of unemployment.”

Around 27 percent of South Africans do not have jobs, according to one definition of unemployment.