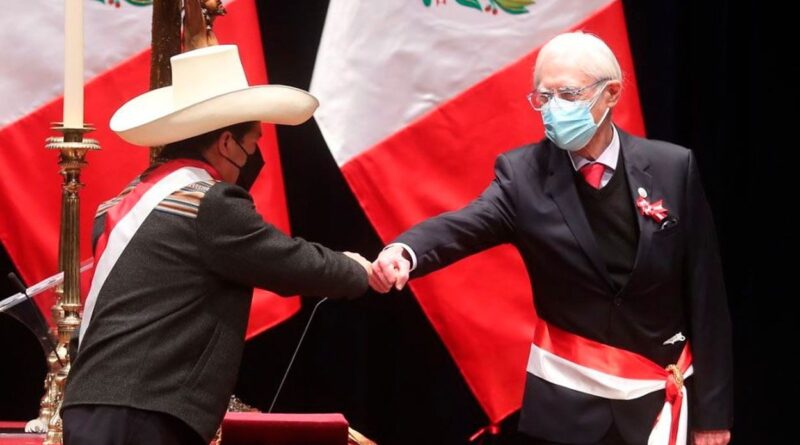 Former Peruvian Foreign Minister Héctor Béjar defended his controversial statements and affirmed that Peru’s right-wing opposition is seeking more casualties from the government of President Pedro Castillo. Sectors of the extreme-right will also seek to remove President Castillo from office, he said.

Controversial statements by Héctor Béjar’s  precipitated his resignation on Tuesday, August 17, after his appointment as Foreign Minister of Pedro Castillo’s government on July 29. In an interview with HispanTV’s Detrás de la Razón, Béjar explained the reasons for his resignation.

Béjar has been heavily attacked in recent weeks by the Peruvian opposition and local media due to a series of controversial statements he made. In one of them he had said that the armed group Sendero Luminoso (Shining Path) was largely the work of the US Central Intelligence Agency (CIA).

The straw that broke the camel’s back was Béjar’s comment, originally made in November 2020 but re-broadcast again a few days ago, in which he accused the navy of being responsible for initiating terrorism in Peru.

Béjar affirmed that he is not the only target of the sectors of the right and the extreme right. He affirmed that the opposition will ask for the resignation of more ministers and that its final objective is the removal of President Pedro Castillo.

The former foreign minister said that the opposition is already orchestrating small demonstrations in the Peruvian capital, Lima, calling for the resignation of President Castillo.

Many analysts labeled Castillo’s acceptance of Béjar’s resignation as a sign of weakness that would encourage his detractors and the right-wing opposition intent on ousting him. These same opposition actors have historically ignored the votes of Peru’s poor and peasants, decisive for Castillo’s victory.

An expert in Latin American affairs consulted by Orinoco Tribune told us that “many in Peru and all over the region still hold high expectations of Castillo, and hope to see him fast-track his primary presidential campaign promise: convening a Constitutional Assembly to draw up a new Magna Carta for Peru. For this they envision Castillo requiring a massive media campaign to invite all Peruvians to join the project, while also building bridges with different local sectors like unions, students, and human rights activists, among others, who will be supportive of Constitutional changes.”