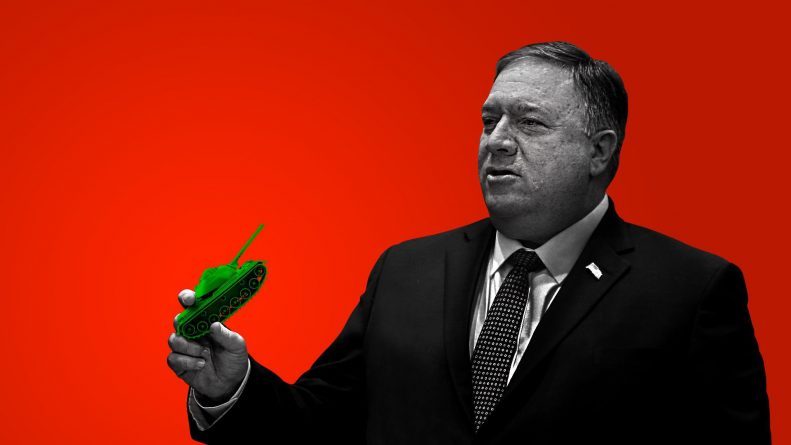 The Renaissance hotel in the city of Dallas (Texas, USA) hosted the last closed-door meeting of US Secretary of State, Mike Pompeo, with leaders of the Iranian-American Community organization, during which he joked with ambiguity when asked about whether the Trump Administration considers the idea of ​​a regime change in Iran, according to anonymous sources.

“Even if we do, do you think, guys, that I would be telling you?” answered the Secretary of State, which caused the general laughter of those present.

Another question asked during the meeting to the head of the US diplomacy, “are there guarantees that the Iranian people will not be affected by “new and harsh sanctions?” to which Pompeo confessed that such guarantees “do not exist.”

Hey #Pompeo, tell us something we don’t know! pic.twitter.com/NMChMae4e2

The Secretary of State admitted that he could not guarantee that new unilateral sanctions imposed by Washington against Tehran would not harm the Iranian population.

On March 22, the US Government announced new sanctions against Iran and imposed restrictions on 14 individuals and 17 local entities, allegedly for maintaining links with Tehran’s weapons of mass destruction programs.

In just a few days, Washington’s blacklist was further expanded.

According to the statement of the US Treasury Department, the entity “has taken action against 25 people and entities,” including the Iranian financial institution Ansar Bank and the companies Atlas Exchange and Atlas Company.