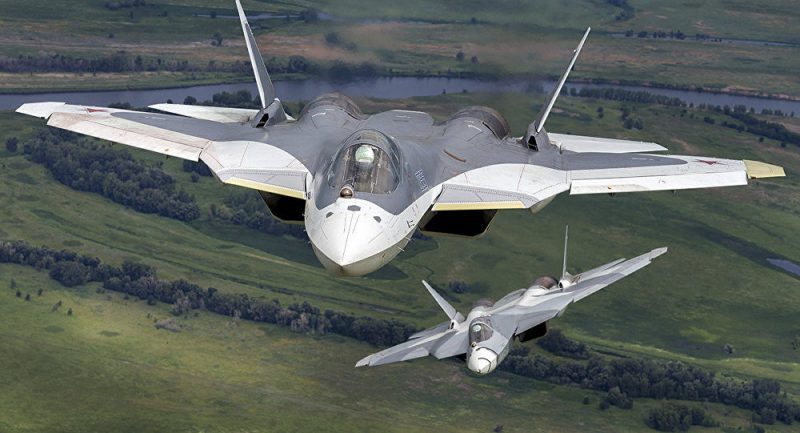 By Denis Lukyanov
Washington does not stop trying to seduce Turkey with its weapons. Ankara resists because the deal with Moscow is already done. The Turkish side preferred the Russian S-400 anti-aircraft defense systems to the US Patriot. It was to be expected, given that Russia made a much more seductive offer.

The United States obviously does not want to lose an ally as important as Turkey and tries to convince it to stay on its side, but at the same time the US can not offer Ankara an adequate deal.

Turkey longs to have its airspace protected, so it needs to acquire a weapon as effective as possible at the most affordable price offered by the market. This is precisely what Russia offered them. Moscow and Ankara signed a supply contract for transportable missile systems S-400 in 2017. According to the current data, it is an agreement worth 2,500 million dollars.

It is obvious that the outcome is not to Washington’s liking. After the agreement, the US began to talk about the incompatibility of the Russian weapon with the systems of the Atlantic Alliance. The Pentagon even halted the delivery of equipment for fifth-generation F-35 combat aircraft to Turkey in early April as a response to Ankara’s decision.

Through the politics of the carrot and stick, Washington decided to persuade the Turkish side with the soft force and made a counter-offer during the recent round of negotiations in Washington, which took place on April 15. The consultations have not been successful, although the Turks promised to take the proposal into consideration.

But the very leader of Turkey, Recep Tayyip Erdogan, had declared on April 5 that they were not interested in acquiring the Patriot antiaircraft defense systems, given that Russia’s proposal was more favorable to their interests.

The Turkish Foreign Minister, Mevlut Cavusoglu, said in turn that they would not back down on their decision to buy the Russian S-400 despite pressure from Washington.

“The main reason why Turkey prefers Russian S-400s to US Patriots is that they are a good value for the money, and we remember that American systems are much more expensive than their Russian counterparts,” he said in a comment to Sputnik. Russian military specialist Alexei Leonkov.

In addition, the Russian anti-aircraft systems outweigh the Americans in their tactical and technical characteristics. The projectiles installed in the S-400 have more capacity to find, follow and shoot targets, explained the interviewee.

For example, the Russian weapon is able to neutralize aerodynamic targets at a distance of up to 400 kilometers and shoot down ballistic targets within a radius of up to 60 kilometers. In the case of the MIM-104 Patriot , the range depends on the version of the missile and oscillates between 20 and 160 kilometers.

In addition, the Russian weapon allows you to enter information about the list of targets in your friend-enemy identifier.

There is a hoax that the S-400 is incompatible with NATO systems and could start to shoot down its planes. But the experience of using the S-300 systems in Greece – also a member of NATO – proves that these weapons can not bring down friendly aircraft by accident.

Russia supplies air defense systems with an open architecture, that is, they are shareable and can interact with anti-aircraft systems of NATO countries, said Leonkov.

The Turkish side is more likely to give up the idea of ​​acquiring US anti-aircraft systems after the first S-400s enter service in their Armed Forces – roughly 2019 and 2020, he said.

According to the expert, if Turkey teaches its military personnel how to use Russian systems, “it will never return to the idea of ​​buying the Patriot”.

“The US sells its Patriot systems as an exclusive weapon that has no equal and that can only be compatible with the arms of friendly countries, the latter is actually its disadvantage, but the US plays this card to put pressure on certain countries. I doubt that this will work in the case of Turkey, ” said Leonkov.

In this situation, the only thing the United States can do is lower the price significantly, but this would not be a good deal for Washington. In addition, it is unlikely that the US side would take such a step, because other users of the Patriot system could start asking for a discount.

At present, the military-technical cooperation between Moscow and Ankara is developing against the clock. It can not be excluded that, in addition to air defense systems, Turkey may acquire Su-57 fighters, taking into account the situation with the F-35 .

Mevlut Cavusoglu said on April 10 that Ankara would buy aircraft from other countries if the US stopped selling F-35 fighters. The Turkish foreign minister added that among the alternatives are the Su-34 and the Russian Su-57.

Russia is preparing a version of Su-57 for export. The issue of Su-57 supplies to other countries can be raised only after the entry into service of the Russian Aerospace Forces, Leonkov said. That is, once the Russian Army has a certain number of Su-57 fighters, the possibility of selling it abroad will be considered.

“If Ankara opts for Russian aircraft, it will soon realize that they are better than the F-35s, the F-22s and other aircraft of North American production.” The F-35 has many negative characteristics, even compared to the Russian fighter. Su-35 – of the 4 ++ generation – I do not exclude the possibility that the F-35s that Turkey has right now are the only ones they will have at their service, “said Leonkov.

Turkey is a level three partner of the Joint Strike Fighter program and one of the key producers of several pieces for the F-35. It became part of the program in 2002 and since then it has already invested more than 1,250 million dollars.

The country plans to buy up to 120 aircraft of class F-35A, but now that there are discrepancies with the US, Turkish participation is in doubt. The exit of Ankara from the project is theoretically possible, but it will be a real headache.

For Leonkov, if Turkey gets out of the Joint Strike Fighter project, it is possible that it will get its money back through a judicial process.

The interviewee recalled the story with the Mistral helicopter carriers of French production. Moscow paid for them, but Paris refused to give them to them. However, Russia managed to recover its money and Turkey could do the same in the case of the F-35.

“Theoretically the F-35 can coexist with the Su-57 within the same Air Force, but I think the Su-57 fighters will be the envy of the F-35 pilots,” he said.