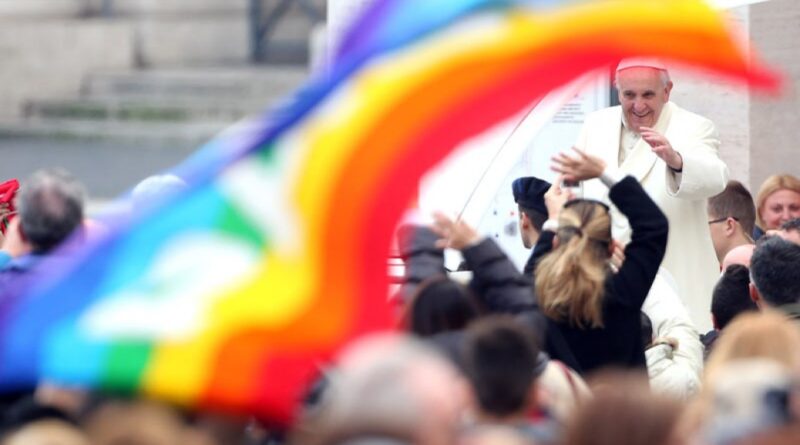 The Pope has called for same-sex couples to be protected by civil union laws, in a remarkable departure from both the Vatican’s historic stance on homosexuality and his own.
“Homosexual people have a right to be in a family,” the head of the Catholic Church says in new documentary ‘Francesco’, which premiered at the Rome Film Festival on Wednesday.

They are children of God and have a right to a family. Nobody should be thrown out or be made miserable over it. What we have to create is a civil union law. That way they are legally covered. I stood up for that.

The pontiff’s comments in the film, directed by Russian-born Jew Evgeny Afineevsky, set him notably apart from his predecessors.

The previous pope, Benedict, famously compared the need to save humanity from homosexuals to the need to save the rainforest. Even before his papacy, Benedict went as far as claiming that the homosexual “condition” tended towards “an intrinsic moral evil,” in a 1986 letter to Catholic bishops.

The latest comments from Pope Francis also mark a break from his own previous stance on gay marriage. While he was still archbishop of Buenos Aires, he opposed moves to legalize same-sex marriage in 2010. And in the book ‘On Heaven and Earth’, published in 2013, he said it would be an “an anthropological regression” for same-sex relationships to be equal to heterosexual marriages in law.

As recently as 2018, Pope Francis was also expressing concerns over what he termed “fashionable” homosexuality, while saying that he would not welcome gay priests in the Catholic Church.