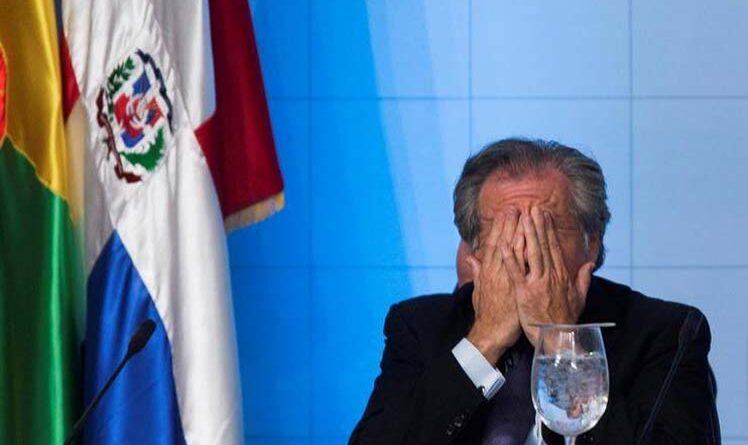 The Puebla Group requested the resignation of Luis Almagro to the Organization of American States (OAS) General Secretariat today, following the landslide triumph of the Movement for Socialism (MAS), party of former president Evo Morales, in the presidential elections of Bolivia, held last Sunday. The group considers that the overwhelming victory—according to the preliminary results—of MAS’s Luis Arce confirms that there was no fraud in the 2019 elections in which Morales was reelected, as reported by the OAS and Almagro in an unprecedented interventionist tirade. The statement is signed by, among others, Dilma Rousseff, Ernesto Samper, Rafael Correa, José Luis Zapatero, Fernando Lugo, Iván Cepeda, Celso Amorim, Cuathémoc Cárdenas and Guillaume Long.

The group adds that the first studies, comparing the voting results from precincts where  there were alleged “irregularities” in 2019 with the vote this year, ratify the victory of the MAS, even in those electoral centers, with a higher percentage in favor of that political party.

The Puebla Group points out that OAS’s insistence on classifying last year’s results as fraudulent—without clear evidence—in addition to preventing the renewal of the former president’s mandate for a new term, “unleashed a situation of political and social violence,” which ended in a coup.

“Given this evidence, it is clear that the regional leadership of the Secretary General of the OAS, Luis Almagro, must be seriously questioned,” said the group.

They added that Almagro’s role “in the democratic destabilization of Bolivia and the exclusive relations he maintains with other countries in the area make him unable to continue exercising the role of democratic mediation and facilitation that he should play as head of such an important organization.”

“His departure will help restore peace in the region and reactivate the regional integration that has been sorely lacking in these times of pandemic,” they emphasized in the document.

Contrary to the position assumed last year, when he refused to acknowledge the results in favor of Morales, this time Almagro congratulated Arce, as well as the Vice President-Elect David Choquehuanca, for their victory.

In turn, he wished them “success in their future endeavors” and considered that “from democracy they will know how to forge a bright future for their country.”