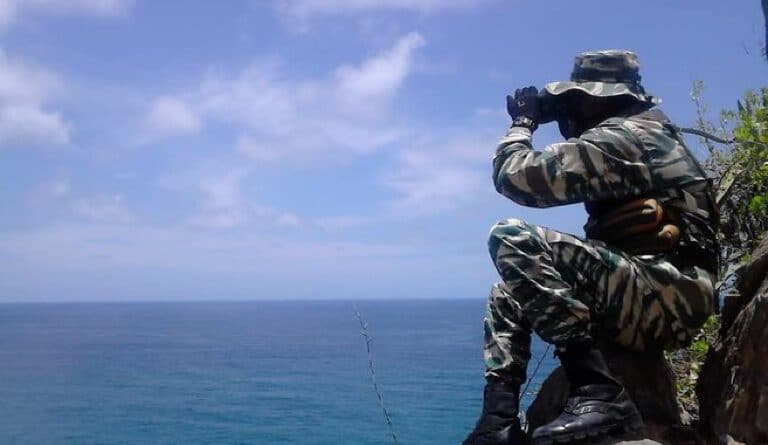 The President of Venezuela, Nicolás Maduro, during a video-conference with the popular base of the Bolivarian Militia, reported that there are currently 51,360 Integral Defense Units activated throughout the country, which represent the people’s military power because they are deployed in all the communities nationwide. He stressed that this military corps has more than 4.5 million troops, “mobilized and moralized for the defense of the homeland.”

The President called on the Bolivarian National Militia to be “increasingly ready to defend the sovereignty and territorial integrity of Venezuela.”

In a TV coverage from the Chuao Fishing Militia, Aragua state, it was reported that this unit has three observation points, which allows it to view at least 12 nautical miles as part of its area of influence that is guarded and protected by combatants from the Macabí Militia, for the protection of aquatic spaces on the Aragua state coast.

It should be noted that this fishing militia in May neutralized a group of mercenaries who tried to carry out an armed incursion on the Venezuelan coasts. These units are on continuous patrol, surveillance and scrutiny with the equipment, training and organization based on the Tactical Method of Revolutionary Resistance.

“A thousand eyes, a thousand ears, the enemies of Venezuela are in a phase of despair because Venezuela is going to consolidate peace,” said President Maduro

In another televised report on the Integral Defense Area 626 “Octava Estrella de Bolívar” Matanzas, Bolívar state, Arquímedes Hidalgo reported on the existence of 101 productive councils of workers and has advanced together with the Military University and the Bolivarian University of Workers in the consolidation of Centers for Studies, Reflection and Action, as well as Battle Rooms in each of the companies of the Venezuelan Corporation of Guayana (CVG), a heavy industries state holding in the South of Venezuela.

He said that there are 12 thousand militiamen, male and female workers in all industries trained with the tactical method of revolutionary resistance and handling of antiaircraft artillery to guarantee the production and sovereignty of the homeland, 14 Integral Defense Groups and 67 Popular Units of Integral Defense (UPDI).

“The armed working class is ready to defend the country in any scenario. The Militia is mobilized 24 hours a day, 365 days a year, supporting the health, security and nutrition of the people,” said President Maduro.

The Commander of the Popular Base for Integral Defense (BPDI) of the Capital District, First Lieutenant Yaritza Aranda Belandria, reported from this center that from there, three production lines guarantee the distribution of 60 thousand food bags through the Local Committees of Supply and Production (CLAP).

The president specified the functions of the Bolivarian Militia, since he requested the Minister of Defense, General Padrino López provide an emergency plan to improve the special social benefits for the militiamen.