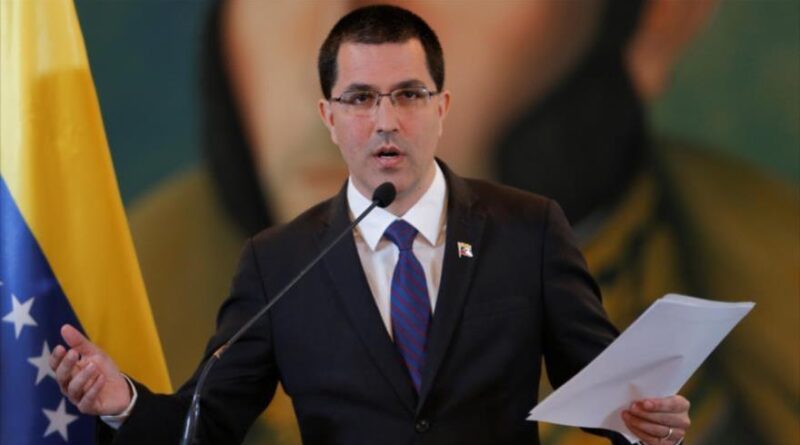 Venezuela reported this Friday that Brazil suspended the credentials of its diplomats and prohibited the circulation of their vehicles.

“The Brazilian Foreign Ministry sent us a diplomatic note suspending the credentials and IDs of our staff and prohibiting the circulation of vehicles from our embassy and our consulates,” wrote the Minister of Foreign Affairs of Venezuela, Jorge Arreaza, on Twitter.

Arreaza has also linked the measures of the government of Jair Bolsonaro against Venezuela to the visit of the US Secretary of State, Mike Pompeo, to the South American giant. “They had to report something to their boss Pompeo today. Total subordination,” the tweet reads.

In fact, when announcing the visit, the US State Department indicated that both Brasilia and Washington were “working together to support the Venezuelan people,” alluding to the support they give to the Venezuelan opposition to pressure the exit of President Nicolás Maduro.

Earlier in the day, Pompeo toured the Brazilian city of Boa Vista, the capital of the Roraima state, on the border with Venezuela. something that even Brazilian politicians criticized as a provocation against Venezuela.

In this regard, the highest authorities of the Workers’ Party (PT) of Brazil have considered the visit of the North American head as an affront to the sovereignty of the South American country.

RELATED CONTENT: You Have to Applaud Tiny Barbados for Finally Cutting its Colonial Ties & Telling the British Queen: “You’re fired”

“The Brazilian government, led by Jair Bolsonaro, demonstrates once again its submission to the dictates of the government of Donald Trump, always being open to following his orders or receive his representatives in our territory, in a continuous process of affront to our sovereignty,” was emphasized by the PT.

On September 4, the Brazilian Foreign Ministry reported the suspension of diplomatic status and immunity of the personnel of the Venezuelan embassy and consulates.

Previously, in April, the Bolsonaro government ordered that the 34 Venezuelan officials with positions in the embassy in Brasilia and in the consulates of the cities of Belém, Rio de Janeiro and Sao Paulo, had to leave Brazil and return to Venezuela at the latest May 2. But, this measure was not successful due to a judicial decision.

According to analysts, the far-right president of Brazil, instead of thinking about helping his people in the midst of the terrible health catastrophe caused by COVID-19, is devising how to launch an armed threat against Venezuela.