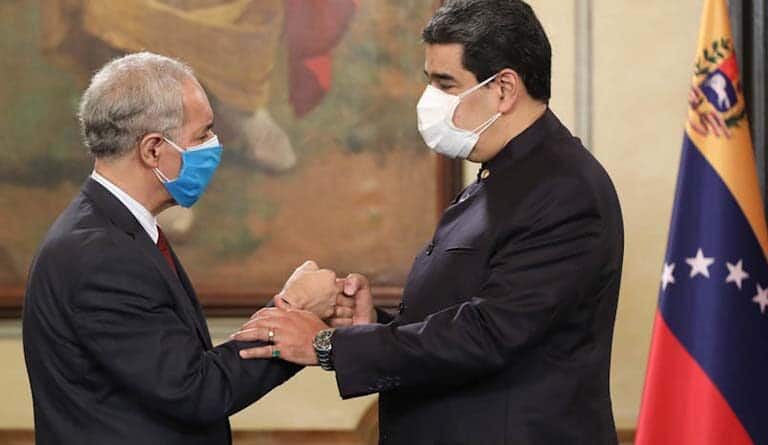 On Friday, October 29, the President of Venezuela, Nicolás Maduro, pointed out that Algeria and Venezuela are founding partners of the Organization of Petroleum Exporting Countries (OPEC), and stated that the OPEC is the backbone for the balance of the oil market worldwide.

During the farewell ceremony of Ben Moussat Ghaouti, ambassador of the Algerian Democratic and Popular Republic accredited to Venezuela, the president stressed that the crisis of fuel shortage in developed countries is not the fault of the OPEC, on the contrary, “it a crisis of capitalism and it is very serious.”

At the Simón Bolívar Room in the Miraflores Palace, President Maduro conferred the Francisco de Miranda Order First Class to the Algerian Ambassador. “For me it is very important to personally award this decoration that bears the name of our great Francisco de Miranda, the most universal of all Americans,” stated thd president.

Maduro also praised the work of the Ambassador, Ben Moussat Ghaouti, for the strengthening of ties between Algeria and Venezuela. “Algeria has played a stellar role in the consolidation of peace, the preservation of rights and the African Union,” said Maduro.

President Maduro stressed that despite imperialist aggressions, “we have been able to retake the banner of the struggle for our peoples.”

“We must direct our efforts to build a better world, which is undoubtedly possible,” he added.

“More and more countries are looking to the 21st century for development, for life,” stressed the president. “We are on the right side of history because we want peace, justice.”